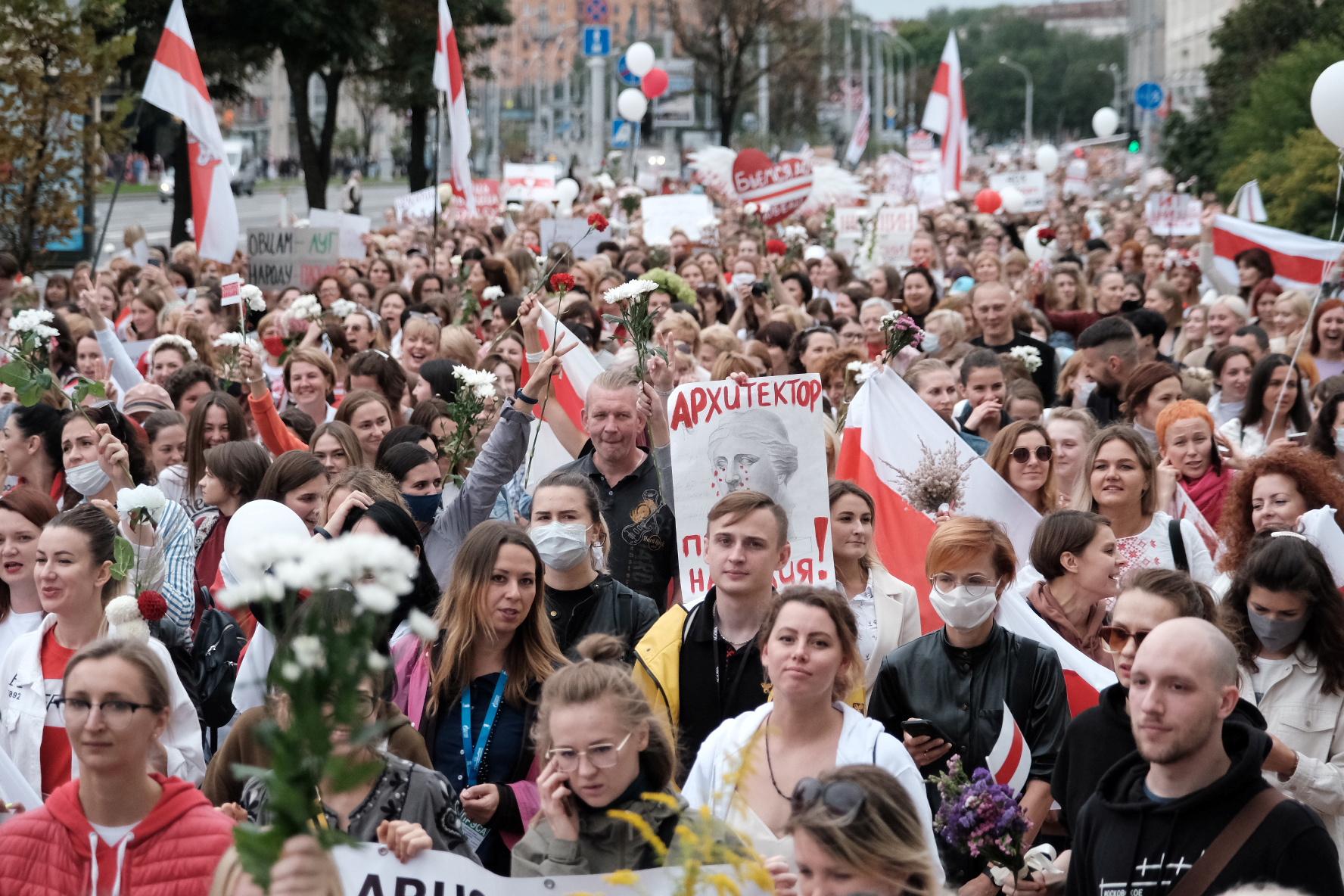 MOSCOW (Reuters) – Several thousand women marched in the capital of Belarus on Saturday waving flags, flowers and balloons in the latest in a series of anti-government protests that have gripped the country since a disputed presidential election this month.

President Alexander Lukashenko denies opposition accusations that he rigged the Aug. 9 election to prolong his 26-year rule. He says the protesters are funded by the West, and accuses NATO of massing forces on Belarusian frontiers, which the alliance denies.

The women on Saturday staged what they called a march of solidarity, calling on Lukashenko and his government to step down.

“This is our city” and “you better protect us,” chanted the crowd, many of them sporting national dress.

Streets along the protest route were cordoned off by police and security troops. Rallies on a smaller scale took place in other cities and towns.