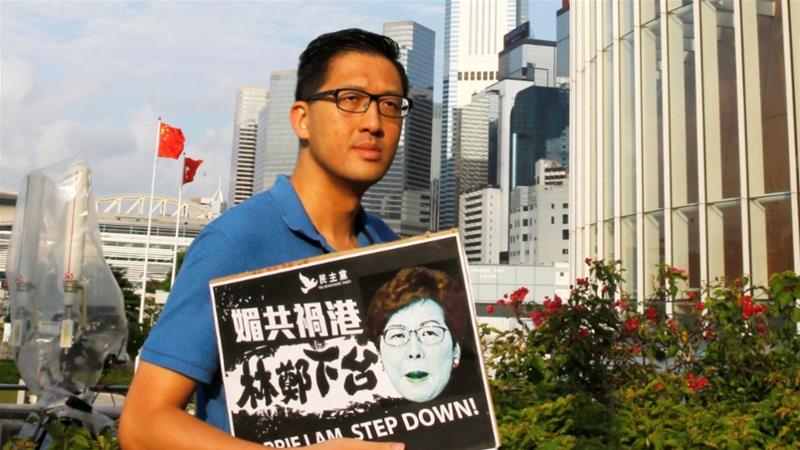 Police arrested two opposition members of Hong Kong’s Legislative Council on Wednesday in relation to anti-government protests in July last year, with one accused of rioting, the Democratic Party said.

Police confirmed Democratic Party lawmaker Lam Cheuk-ting and his colleague Ted Hui were among at least 10 people arrested, but did not provide further details.

Hong Kong-based media said as many as 16 people were detained in the sweep in China’s self-governing territory.

Lam was arrested on suspicion of “rioting” on July 21 last year, when pro-democracy protests erupted across the city, according to his party’s Facebook page.

It was on that day a mob of more than 100 men wielding sticks and poles attacked pro-democracy protesters and bystanders at the train station of Yuen Long district near the mainland border.

Lam ended up in hospital after being wounded in the face as he livestreamed the attack on his Facebook page.

So far, police arrested 44 people believed to have taken part in the mob attack, seven of whom have been charged with rioting. It was unclear what caused police to suspect Lam of rioting on that night.

Hui, who is a lawyer as well as a member of Hong Kong’s Legislative Council, was also detained.

He and Lam were also accused of being involved in a protest on July 6 in the Tuen Mun district, where protesters marched against the “noise pollution” caused by middle-aged women singing and dancing to pop songs in Mandarin, the language spoken in mainland China. Hong Kong people speak mainly Cantonese.

Lam and Hui were elected to the Legislative Council in 2016. 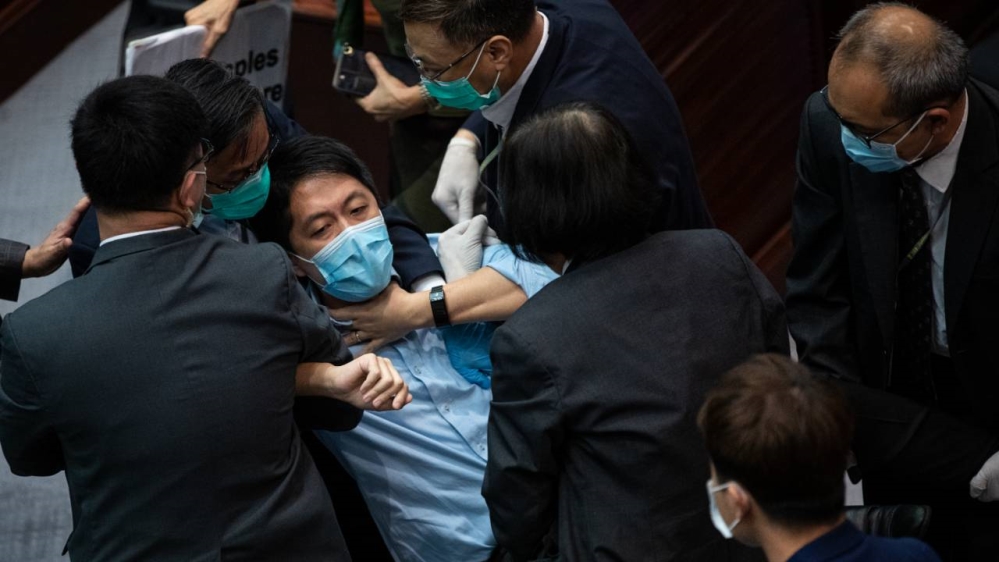 In a statement, Amnesty International in Hong Kong said the latest round of arrests under the national security legislation imposed by Beijing on June 30 was “the latest example of how the Hong Kong government is weaponising the law to persecute dissidents”.

Hong Kong returned to Chinese rule in 1997 under a “one country, two systems” agreement with Britain, the former colonial power, that promised to preserve wide-ranging freedoms in the territory for at least 50 years.

The protests last year were fuelled by perceptions that Communist-ruled Beijing was undermining those freedoms, an accusation authorities have denied.