The non-for-profit organisation reported that the earthquake’s epicentre was 70 kilometres southwest of the capital of San Jose. It lay below the country’s Pacific coast at a depth of 30 kilometres.

Originally, it was believed to be a magnitude 6.0 earthquake, but a later revision by the EMSC confirmed its magnitude was 5.3.

According to data from the Volcanological and Seismological Observatory of Costa Rica, the tremor took place at 3.51pm.

Costa Rica’s National Emergency Commission said it is aware of the event and that no significant damages were reported.

The commission said: “So far, no damage has been reported after the earthquake that occurred at 3.51pm of magnitude 6 and an epicentre southwest of Pochotal de Garabito de Puntarenas. 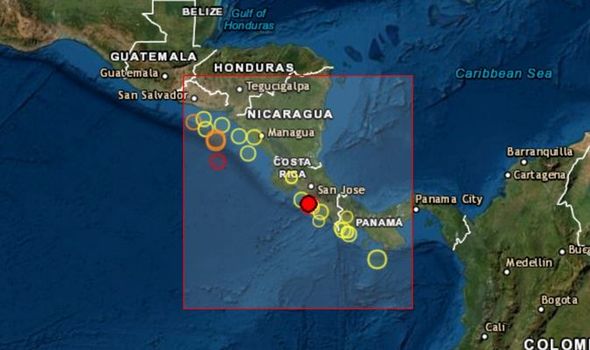 “This earthquake reminds us that it is important to be prepared.”

There is no danger of a tsunami resulting from this tremor, according to the National Tsunami Monitoring System.

Costa Rican president Carlos Alvarado said: “Faced with the strong earthquake felt in much of the country, I am in communication with the CNE for the evaluation of possible affectation; at the moment none are reported.”

“We ask you to be attentive to official channels and to follow health protocols.” 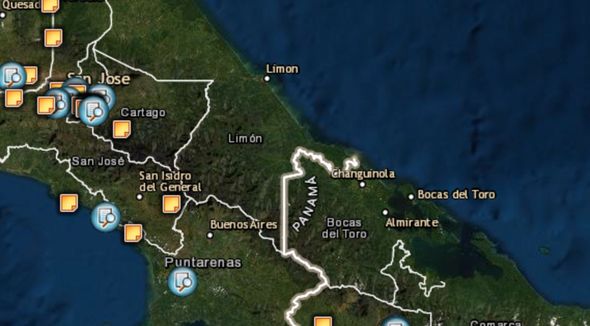 One testimony read: “Started out with minor shaking and then a fairly sharp jolt.

“Then rolled away. Probably lasted 15-20 seconds.”

Another person added: “It set off home alarms in neighbourhood.” 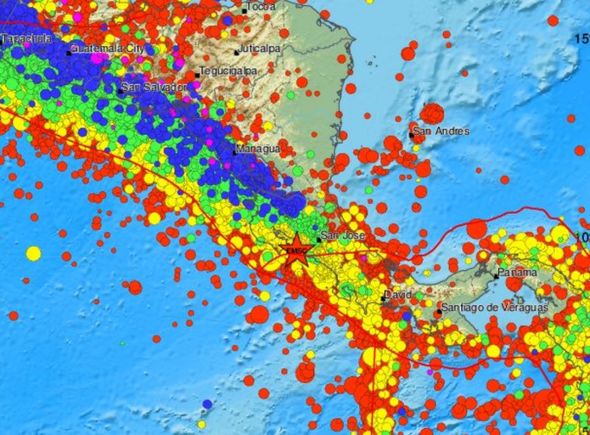 Others claimed the quake was felt as far away as Boquette, Panama, 262 kilometres east of the epicentre.

One person in Colon, just outside the capital, said it was “very strong” and lasted “long”.

Costa Rica sits in the Pacific Ring of Fire – a long line of volcanoes located around the Pacific Ocean.

Earthquakes are common in countries within the Ring of Fire’s geographical area. 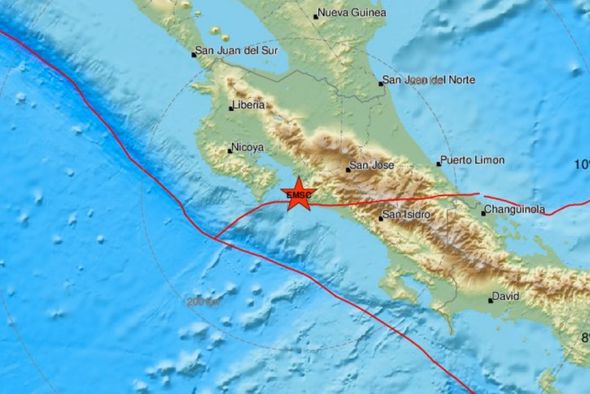 In the Ring of Fire, it is believed there are at least 450 volcanoes – active and dormant.

It covers countries including the Philippines and it extends up past Japan and across to North America.

It also spans towards the south of the American continent.

There is intense volcanic and seismic activity in the Ring of Fire due to the movement of the Earth’s crust.

The Ring of Fire is a particularly active region due to the phenomena of subduction, which happens when one part of the Earth’s crust is forced under another.