Due to the arrival of Storm Ellen across the British Isles, forecasters are predicting high wind speeds and potentially hail. Yellow weather warnings have also been issued for large parts of the country due to the powerful gusts expected over the next few days. Storms are expected to hit Ireland today before moving across to Britain on Friday.

Such is the severe storm expected to hit the British Isles from the Atlantic, weather forecaster, WX Charts has stated wind gusts could reach a maximum speed of close to 100kmh (62mph) on Friday.

With such high wind speeds expected, the forecaster has also warned of the possibility of tornadoes, with “huge waves” expected at coastal areas.

The forecaster reported today: “A severe summer storm for Ireland tonight, while the strong wind field around the British Isles will push some massive swells into the Celtic and Irish Seas.

“Expect huge waves around the coasts over the next couple of days.” 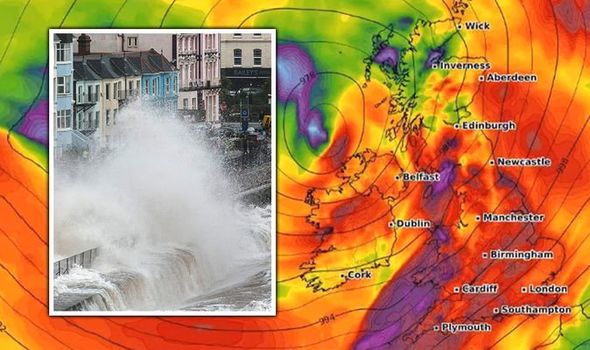 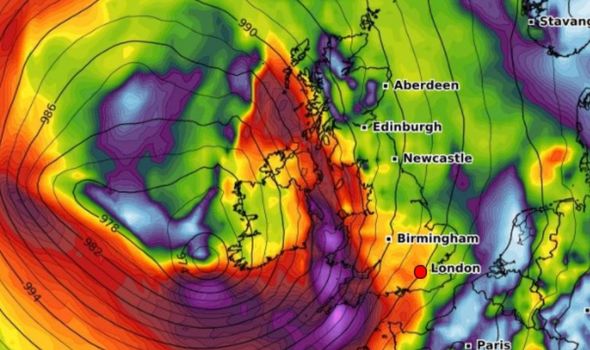 “Combination of high wind shear and instability in the wake of Storm Ellen could generate some nasty storms.

“Very strong wind gusts, hail and perhaps even a few tornadoes are possible.”

Today, large parts of the UK experienced a brief period of sunshine ahead of the heavy storms predicted to hit over the next 24 hours. 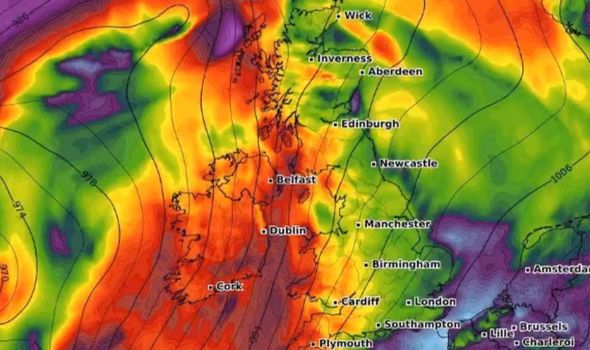 However, as previously stated, the Met Office has issued yellow weather for England, the west of Scotland and parts of Northern Ireland.

As reported by BBC Weather, strong winds are expected to batter the country.

As well as strong winds, there will also be patches of rain across the UK.

The weekend will see conditions improve although it will be a mixture “of sunny spells and showers”. 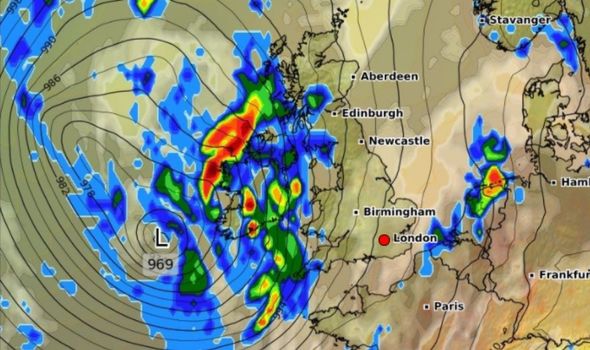 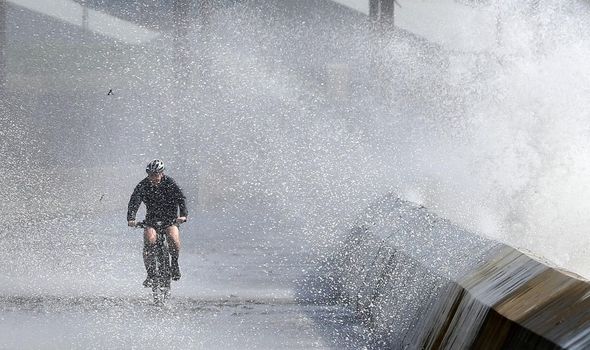 The BBC said: “Tomorrow will be a windier day with a strong south-westerly wind.

“There will be sunny spells for most, but with a few showers or patchy rain in places.

“A largely dry start on Saturday with sunny spells.

“As the day progresses, a few blustery showers are expected to develop in places.

“It will be a windy day.

“A similar picture is expected on Sunday, with a mixture of sunny spells and a few showers throughout the day. 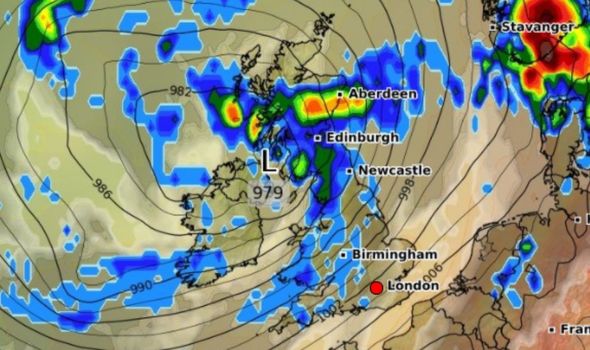 “However, it will be less windy. Largely dry at first on Monday, but with outbreaks of rain from the west later.”