BANGKOK (Reuters) – Thai authorities have issued arrest warrants for six activists who took part in a demonstration at which students issued a 10-point call for reform of the monarchy last week, police said on Wednesday as students called more protests. 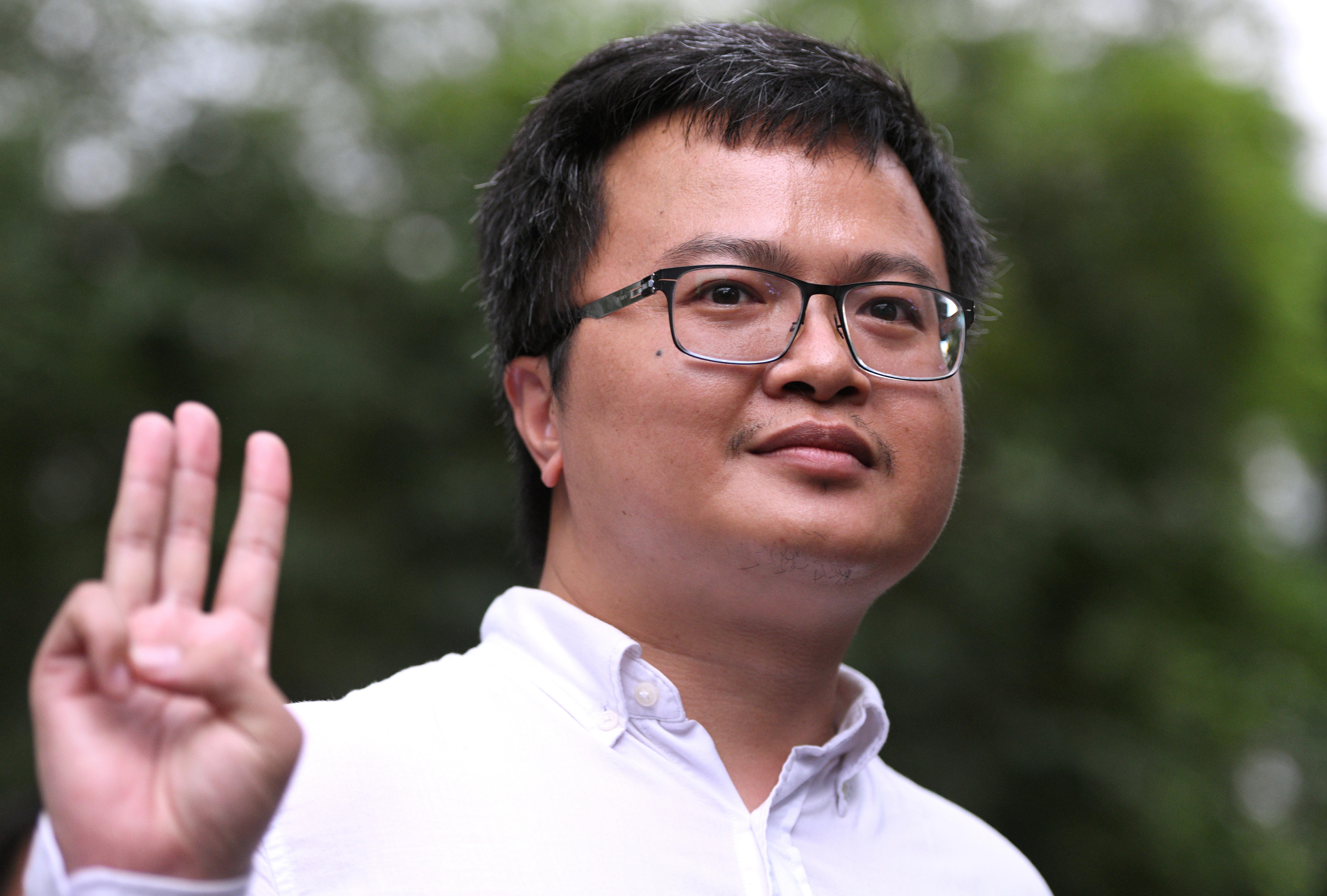 The charges against the six were not over the demands made at the protest by thousands of people at Thammasat University on Aug. 10, but for breaching internal security and measures to stop the spread of the coronavirus as well as computer crimes.

The six include Panusaya Sithijirawattankul, 21, the student who read out a manifesto demanding reform of the monarchy. They also include Anon Nampa, who made the first public call for royal reform and has also been charged over earlier protests.

“They can hand themselves in today or whenever but shouldn’t bring a crowd,” Police Lieutenant General Amphol Buarabporn told Reuters.

“If they don’t hand themselves in, we can arrest them when they’re spotted.”

Student-led protests have taken place almost daily for more than a month to demand the departure of Prime Minister Prayuth Chan-ocha, a former junta leader, a new constitution and an end to the harassment of activists.

Some students have also called for reforms to curb the powers of King Maha Vajiralongkorn over the constitution, the armed forces and the palace fortune – touching a subject that had long been taboo in Thailand.

Insulting the monarchy can lead to a 15-year jail sentence, but Prayuth has said the king had requested no prosecutions under the lese majeste laws for now.

The Ministry of Digital Economy and Society will file a complaint against exiled academic Pavin Chachavalpongpun for creating a Facebook group deemed critical of the monarchy, ministry spokesman Putchapong Nodthaisong told Reuters.

The group, called Royalist Marketplace, has more than one million members.

“We have filed a request to Facebook to delete the entire group, but the platform hasn’t been cooperative,” Putchapong said. “So the ministry is now going to use the Computer Crime Act.”

The ministry has been ramping up efforts to curb online content it deems critical of the monarchy.

It has filed thousands requests this year to restrict or remove content deemed illegal, including perceived insults to the monarchy, on social media platform Facebook and Google’s video service YouTube.

“The ministry’s action is the crudest form of information censorship. It goes against the freedom of expression that we are all entitled to,” Pavin told Reuters.

“We protest against the ministry’s action and urge Facebook to ignore its call for the sake of democracy and the support for freedom of speech.

Two of the six activists wanted over the Aug. 10 rally are among three who have already been arrested once and bailed for the organisation of earlier protests.

Prayuth has said that young people have the right to protest, but that the rally at which the calls for royal reform was made “went too far”.

Prominent right-wing activists plan to meet on Wednesday in Bangkok to discuss way to counter the student-led protests.

High school students are also planning to rally at the Ministry Education on Wednesday following a string of pro-democracy demonstrations at schools across the country.