LEIDSCHENDAM, Netherlands (Reuters) – A U.N.-backed court on Tuesday convicted a member of the Hezbollah group of conspiring to kill former Lebanese Prime Minister Rafik al-Hariri in a 2005 bombing that set the stage for years of confrontation between Lebanon’s political forces.

Hariri, a Sunni Muslim billionaire, had close ties with the West and Sunni Gulf Arab allies, and was seen as a threat to Iranian and Syrian influence in Lebanon. He led efforts to rebuild Beirut following the 1975-1990 civil war.

While the court found no evidence of direct involvement by the leadership of Hezbollah, which is backed by Iran, or the Syrian government, the judges said the killing was clearly a politically motivated act of terrorism.

Delivering their verdict over several hours, they found main defendant Salim Jamil Ayyash guilty on all counts and said prosecutors had established his affiliation with Hezbollah.

“Mr. Ayyash had a central role in the execution of the attack and directly contributed to it,” said Presiding Judge David Re, reading from a 2,600-page ruling.

“Mr. Ayyash intended to kill Mr. Hariri and had the required knowledge about the circumstances of the assassination mission, including that explosives were the means to be used,” he said.

The judges said there was insufficient evidence against three other men charged as accomplices in the Feb. 14, 2005 bombing, also alleged members of the Shi’ite Muslim group, and they were acquitted.

Hariri’s son, Saad, like his slain father a former Lebanese prime minister, reacted to the verdict by vowing he would not rest until punishment was served. He said it was time for the Hezbollah movement to assume responsibility.

“Hezbollah is the one that should make sacrifices today,” he said. “I repeat: we will not rest until punishment is served.”

Hezbollah has denied any involvement in Hariri’s killing. Its leader Sayyed Hassan Nasrallah said on Friday he was not concerned with the trial and that if any members of the group were convicted, it would stand by their innocence.

Hariri’s assassination plunged Lebanon into what was then its worst crisis since the war, setting the stage for years of confrontation between rival political forces.

It removed a powerful Sunni leader and allowed the further political expansion of Shi’ite power led by Hezbollah and its allies in Lebanon.

Sunni Muslim power Saudi Arabia said the verdict marked a start in achieving justice and that “Hezbollah and its terrorist elements” must be punished. 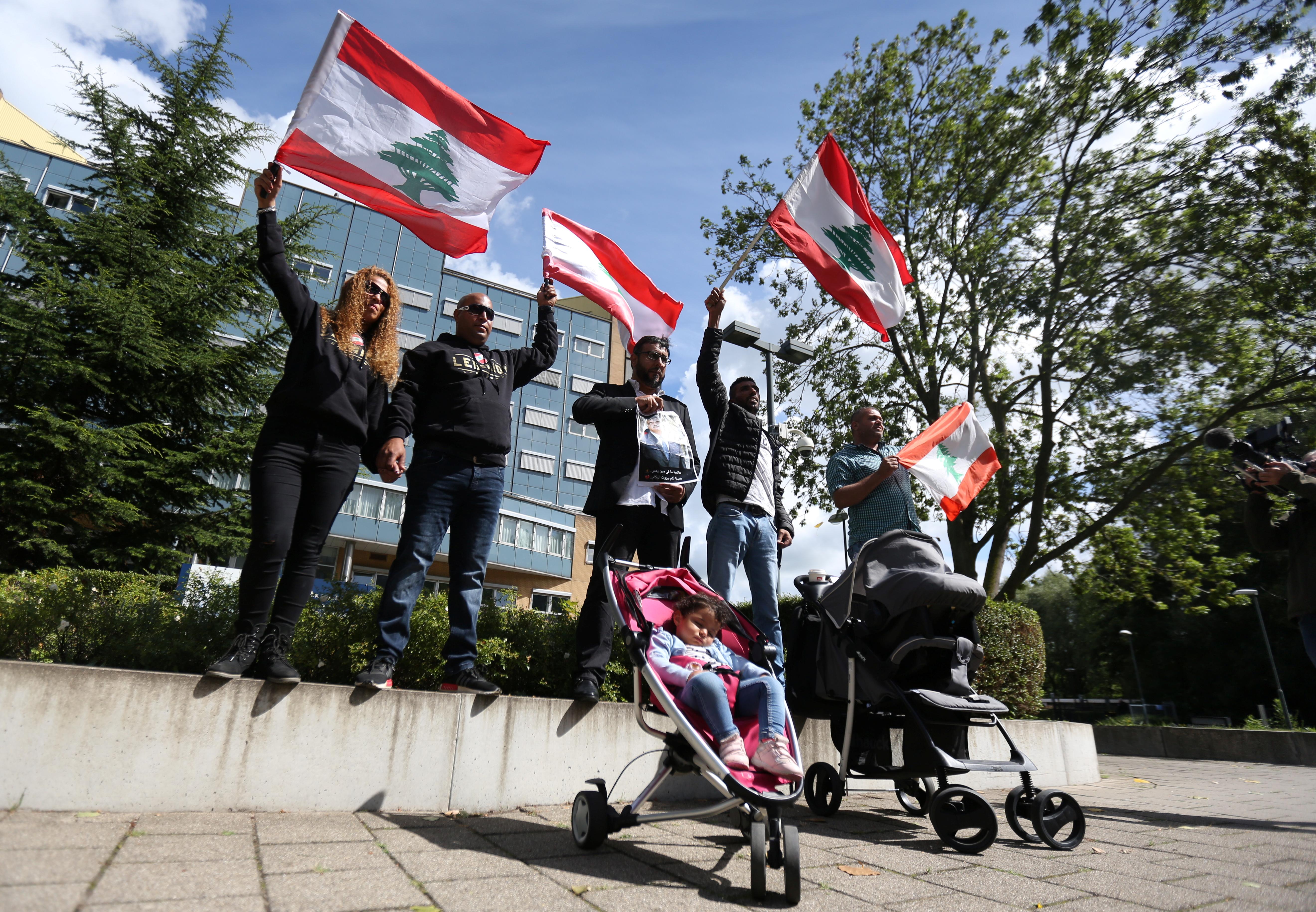 Israel’s foreign ministry described the ruling as “unequivocal” and said Hezbollah had “taken hostage the future of the Lebanese in the service of foreign interests”.

All four defendants were tried in absentia. Ayyash was formally convicted of a terrorist attack and the homicide of Hariri and 21 others. He will be sentenced at later hearings and could face life in prison.

The verdict comes at a sensitive time for Lebanon, still reeling from the aftermath of a huge explosion in Beirut that killed 178 people on Aug. 4. The explosion at the port, where authorities say unsafely stored ammonium nitrate detonated, fuelled public outrage and led to the government’s resignation.

“I’m very disappointed, like many Lebanese,” 36-year old Lebanese-born Ahmad Sayed said of the verdict. He drove from Bielefeld in neighbouring Germany to witness the decision.

“Fifteen years we waited for this verdict and it was very weak. We don’t like this decision,” he said.

The judges noted that days before he was slain, Hariri endorsed a call for Syria to end its then-occupation of Lebanon.

While the judges did not say who had planned the attack, they said it was “very likely” that the decision to kill him was only made after a Feb. 2, 2005, political meeting at which participants had agreed to call for the “immediate and total withdrawal of Syrian forces from Lebanon.” 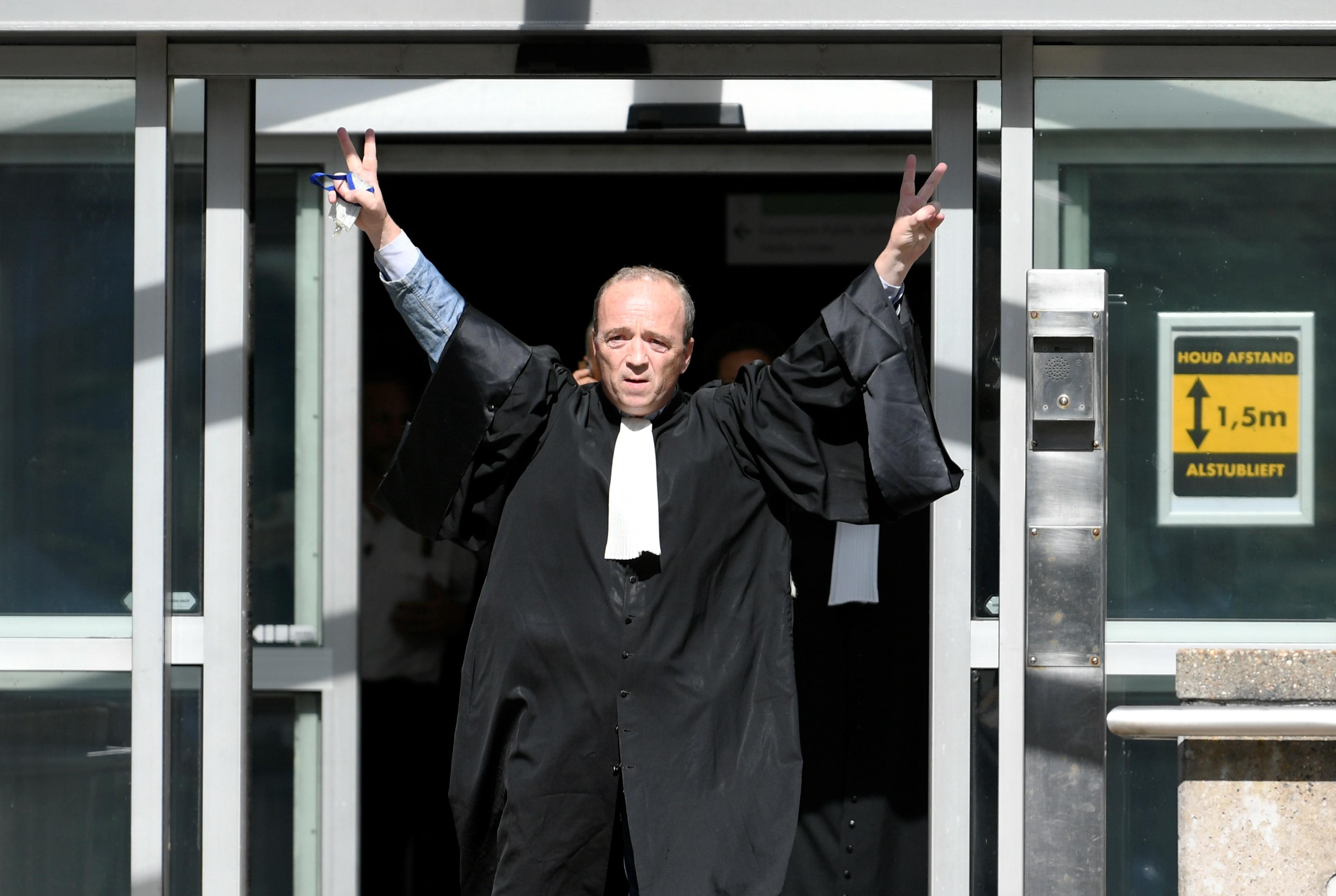 The investigation and trial of the four alleged Hezbollah members has taken 15 years and cost roughly $1 billion.

Prosecutors used cell phone records to argue the men on trial — Ayyash, Hassan Habib Merhi, Assad Hassan Sabra and Hussein Hassan Oneissi — carefully monitored Hariri’s movements in the months leading up to the attack to time it and to put forward a fake claim of responsibility as a diversion.

DNA evidence showed that the blast that killed Hariri was carried out by a male suicide bomber who was never identified.