BAMAKO (Reuters) – Mutineering soldiers rounded up a number of senior civilians and military officials from Mali’s capital on Tuesday and drove them back to their base, a Malian security source and an official in the prime minister’s office said. 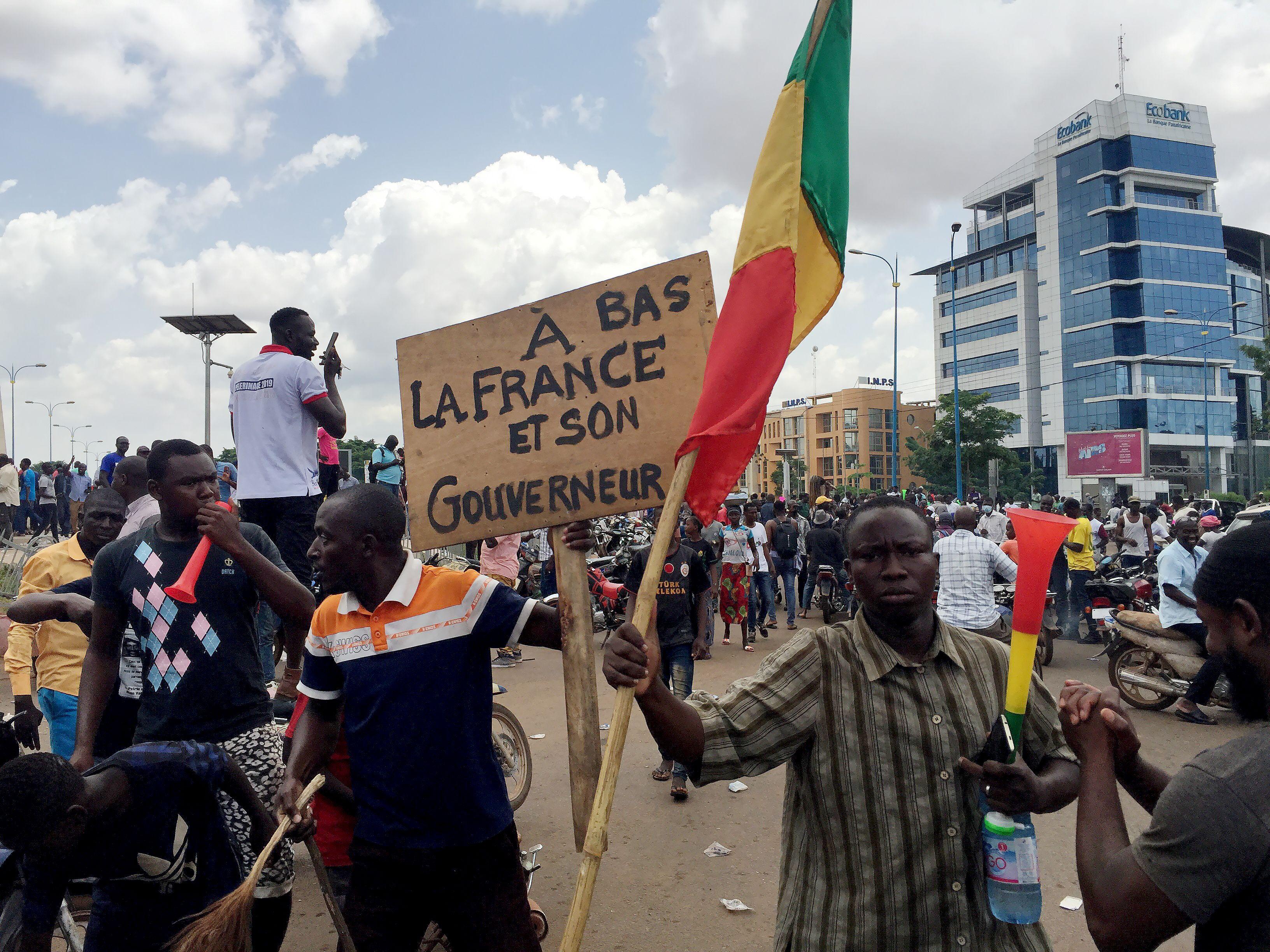 ​Unconfirmed rumours that the mutineers had arrested President Ibrahim Boubacar Keita swept Bamako, prompting hundreds of anti-government protesters to pour into a central square to celebrate and say it was time for him to resign.

Neither source said who the officials were or how many had been arrested. Reuters has seen no evidence that Keita was among those rounded up. The president’s office could not be reached for comment.

“Yes, mutiny. The military has taken up arms,” the security source said earlier after residents reported hearing gunshots. It was not immediately clear how many soldiers were involved.

A Malian military spokesman confirmed that gunshots were fired at the base in Kati, about 15 km (9 miles) from the capital, but said he did not have any further information.

A mutiny in 2012 at the Kati base led to a coup that toppled then-President Amadou Toumani Toure and contributed to the fall of northern Mali to jihadist militants, who continue to operate across the north and centre of the country.

A European diplomat said a relatively small number of members of the National Guard, apparently angered by a pay dispute, had seized a munitions depot on Tuesday but were then reported to have been surrounded by other government troops.

A French military source said discussions were taking place between Mali’s army command and the mutineers.

In Bamako, hundreds of people poured into the square around the Independence Monument, the site of mass protests since June, calling for Keita to quit over alleged corruption and worsening security.

“Whether he’s been arrested or not, what is certain is that his end is near. God is granting our prayers. IBK is finished,” said Haidara Assetou Cisse, a teacher, referring to the president by his initials.

“We have come out today to call for the total resignation of Ibrahim Boubacar Keita. Because we heard there were shots fired by the military and we have come out to help our soldiers get rid of IBK,” opposition supporter Aboubacar Ibrahim Maiga said.

Elsewhere in the capital, government ministry buildings were evacuated, an official said, and gunfire was heard near the prime minister’s office, according to a security source.

The offices of state television ORTM were also evacuated, said Kalifa Naman, a senior ORTM official. There have been no reports of any attack on state TV, which was still broadcasting prerecorded programming.

A Bamako resident said armed men had shut down access to two bridges across the Niger River within the city. It was not immediately clear who the armed men were.

The U.S. envoy to West Africa’s Sahel region expressed concern. “The U.S. is opposed to all extra-constitutional changes of government, whether it is by those in the street or defence and security forces,” J. Peter Pham said on Twitter.

The Economic Community of West African States (ECOWAS) regional bloc said it “calls on the soldiers to return to their barracks, while asking all concerned Malian parties to favour dialogue to resolve the crisis”.

The French and Norwegian embassies in Bamako urged their citizens on Tuesday to stay home.

The ongoing protests against Keita represent Mali’s worst political crisis since the 2012 coup. At least 14 people have been killed in the demonstrations.

Regional powers worry any prolonged unrest from the protests could derail the fight against Islamist militants in the region. Their presence has rendered large areas of the centre and north of Mali ungovernable.

Keita had hoped concessions to opponents and recommendations from a mediating delegation of regional leaders would help stem the tide of dissatisfaction, but the protest leaders have rejected proposals to join a power-sharing government.