TOKYO/BOSTON (Reuters) – Asian shares fell on Friday and European stocks were set to open lower after lacklustre Chinese economic data and worries about a delay in U.S. fiscal stimulus discouraged some investors from taking on risk. 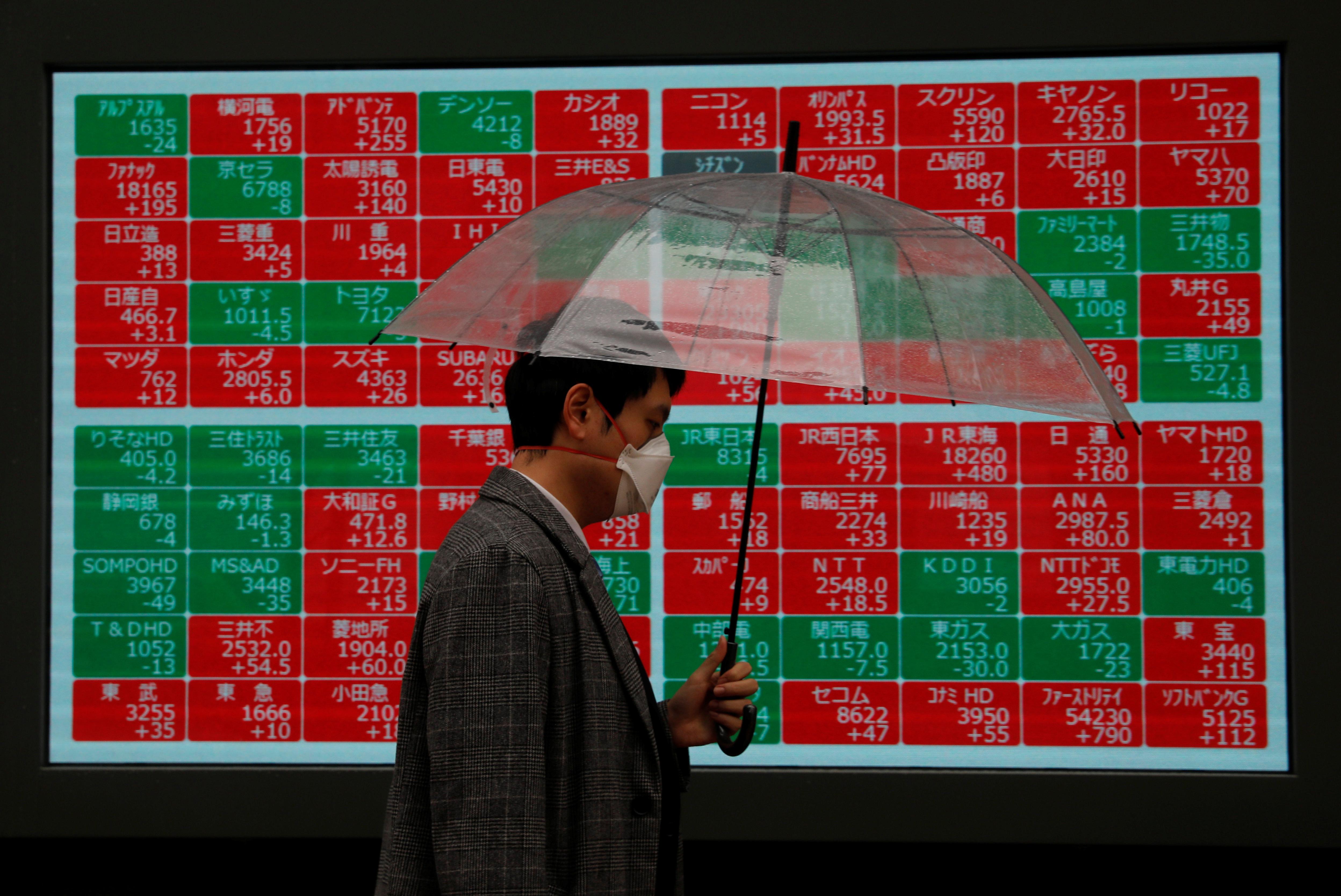 Chinese shares rose 0.18% in choppy trade, but a slower-than-expected rise in industrial production and a surprise fall in retail sales weighed on investor sentiment.

Yields on U.S. Treasuries remained elevated after an auction of 30-year bonds on Thursday was met with weak demand.

Further equity gains are likely to be limited as investors await progress in negotiations over U.S. economic stimulus, which is necessary to prevent a nascent recovery in the world’s largest economy from sliding into reverse.

The S&P 500 ended slightly lower on Thursday after briefly trading above its record closing high level for a second day as doubts about U.S. stimulus measures took hold.

“Many say that the best treatment for altitude sickness is to stop and rest where you are,” Rodrigo Catril, Senior FX Strategist at National Australia Bank in Sydney, wrote in a note about the slight pullback in U.S. stocks and government bonds.

The mood was cautious after Chinese retail sales unexpectedly fell in July, suggesting domestic demand is still struggling after the coronavirus outbreak.

Some traders stuck to the sidelines before a meeting between U.S. and Chinese officials about their Phase 1 trade deal on Saturday.

Spot gold held steady at $1,952.51, close to a record high set last week in another sign of cautious sentiment.

Data on Thursday showed the number of Americans seeking unemployment benefits dropped below one million for the first time since the start of the COVID-19 pandemic, but this was not enough to change economists’ views that the jobs market is faltering.

Yields on 30-year U.S. Treasuries stood at 1.4225% on Friday, close to a five-week high after the government sold a record amount of 30-year bonds to weak demand on Thursday.