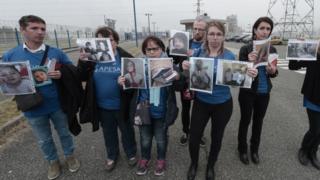 French pharmaceutical firm Sanofi is being investigated for possible manslaughter charges in France over the deaths of four babies whose mothers took the anti-epilepsy drug valproate.

Marketed in France as Depakine, it was found to carry a high risk of birth defects if taken by pregnant women.

Sanofi denies wrongdoing and says it warned of the potential risks long ago.

It is already being prosecuted in France for allegedly providing misleading information about the drug.

Valproate is widely prescribed around the world under different names to combat epilepsy and other forms of seizure.

It has been known for many years that the drug should not be given to pregnant women, because of the high risk of congenital malformations or autism in their babies.

However complainants in France say this information was never adequately communicated, and that as a result many thousands of children were born with physical or psychological problems.

Representatives of families called the investigating judge’s decision to launch a formal investigation “a great victory”.

Sanofi says it will fight the action at every stage because it says it did comply with its duty to inform. It is not clear if the investigation will lead to a trial.