MOGADISHU (Reuters) – In the sweltering seaside port of Mogadishu, Sharif Ahmed tried to attack his relatives and neighbours, resulting in an emergency trip to a psychiatric hospital in handcuffs. 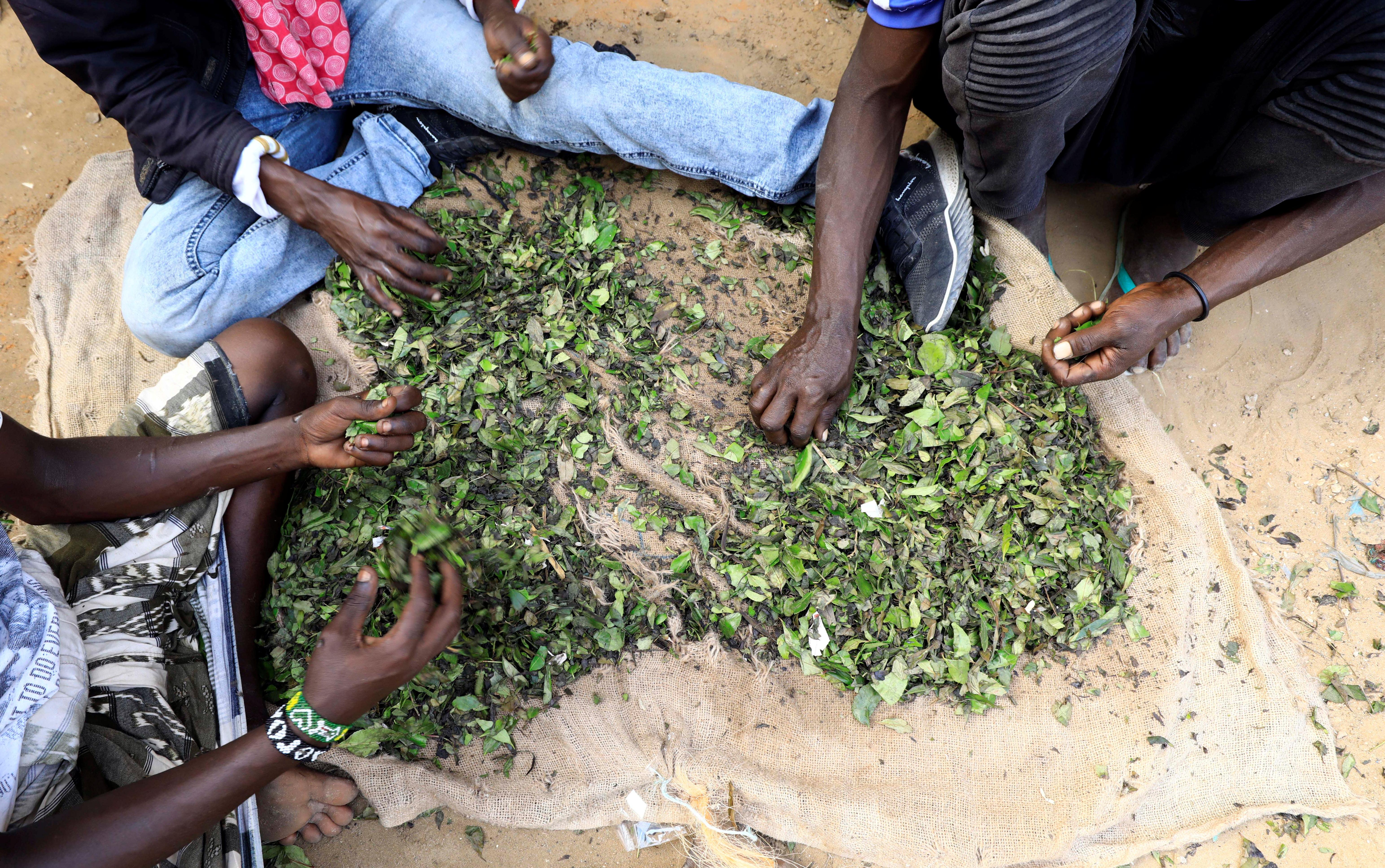 It is not the endless civil war making the 22-year-old restless, but withdrawal from the narcotic leaf khat that he has been chewing on since he was 15.

Somalia is a major market for khat, which is grown in neighbouring Kenya’s fertile central highlands and soon after harvesting driven at high speeds to Nairobi airports for distribution to consumers abroad.

Once the khat arrives in Mogadishu, men gather in groups to chew the leaf, a mild stimulant, and chat into the early hours.

Somalia shut down flights in late March to curb the spread of the virus, meaning the drug could no longer be imported by air from Kenya.

That affected users, causing some to go for long periods without sleep, said Abdirashid Abdulahi, a doctor at Mogadishu’s Habeeb Psychiatric Emergency Hospital.

“The withdrawal symptoms have come out,” he said, adding that those who do manage to get to sleep often suffer from nightmares.

Ahmed’s mother Halima Mohamed took him to hospital in the battle-scarred city this month, hoping she could finally cure him of his addiction.

The price of khat had surged to as much as $300 per kg from $20 when the flights were stopped due to the coronavirus restrictions, putting the commodity out of reach for most users. [nL8N2BK23V]

That has put huge extra strain on facilities at the Habeeb hospital.

“Out of the total number of patients we have, half of them are addicted to the drug,” said Abdulahi, referring to the 40 patients under his care.

There are more than 10 million users of khat around the world, the Nairobi-based Kenya Medical Research Institute said.