BRUSSELS (Reuters) – The European Parliament will not rubber stamp a European Union leaders’ accord on a massive coronavirus stimulus, the assembly’s head said on Wednesday, pledging to reverse research cuts and tie disbursements to democratic values. 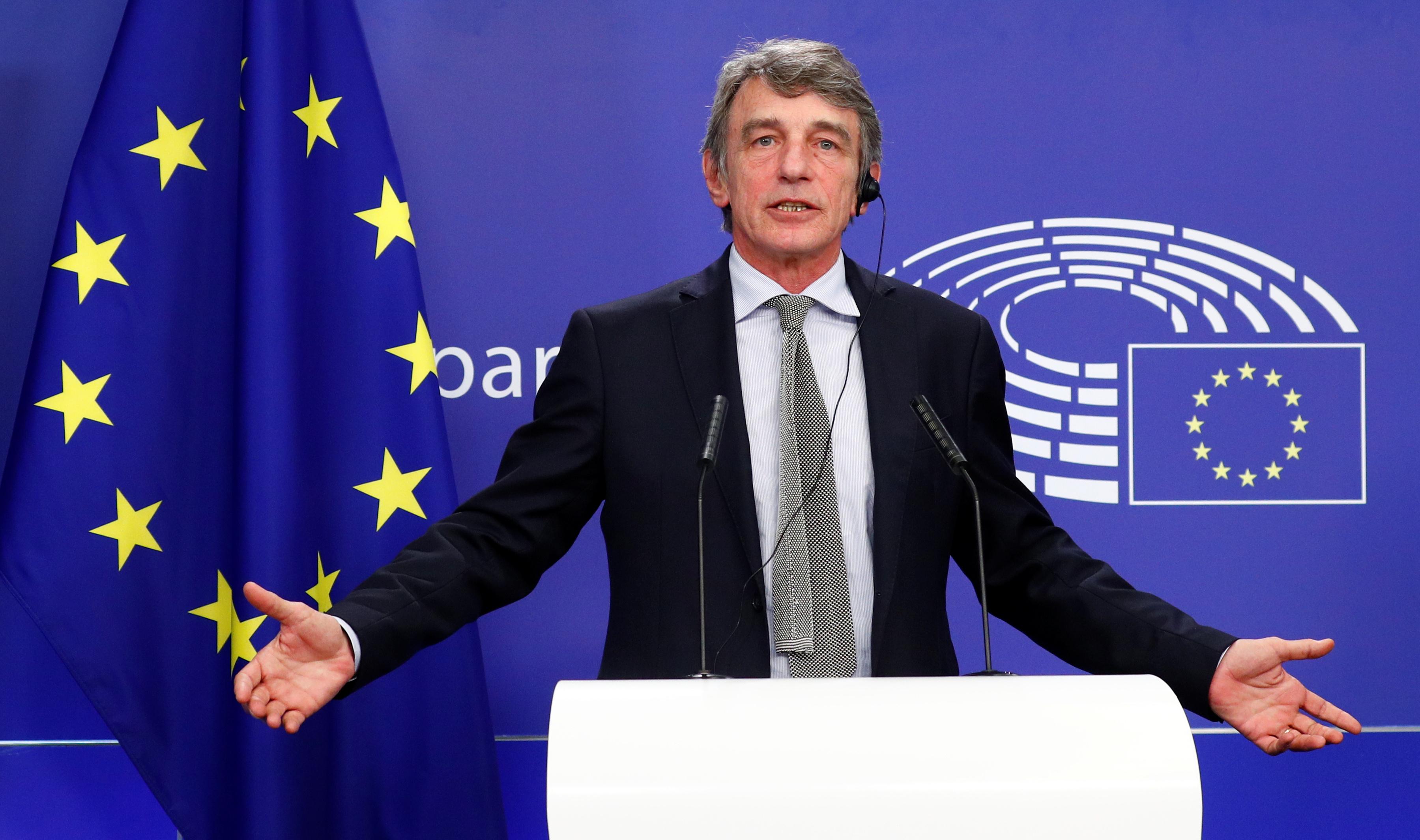 “There is a proposal on the table, but we would like to improve that, above all by trying to give answers to some of the cuts that we’ve deemed unjustified,” he told a news conference a day after EU leaders clinched a deal.

Judged an historic breakthrough by French President Emmanuel Macron because the bloc will raise common debt on a large scale for the first time, the summit deal came at the price of reductions to climate-friendly funds, research and money for the Erasmus student exchange programme.

Under EU rules, the parliament must approve the package that would likely reach economies from early- to mid-2021, but it was not immediately clear how the assembly could reopen the accord without risking its collapse.

Governments reeling from the worst recession in Europe since World War Two do not want to see delays, arguing that a failure to make disbursements soon would undermine the fund’s impact.

But Sassoli was adamant when it came to the 2021-2017 common EU budget: “We cannot cut the budget for research and young people and Erasmus, we can’t.”

Leaders also delayed a promised new mechanism to limit recovery funds to countries failing to uphold media freedoms and human rights, such as Hungary and Poland, which Sassoli said was unacceptable.

“We will not be satisfied with just mentions of principle,” Sassoli said, referring to the summit’s final communique.

Sassoli said a final parliament vote on both packages would be in a couple of months.