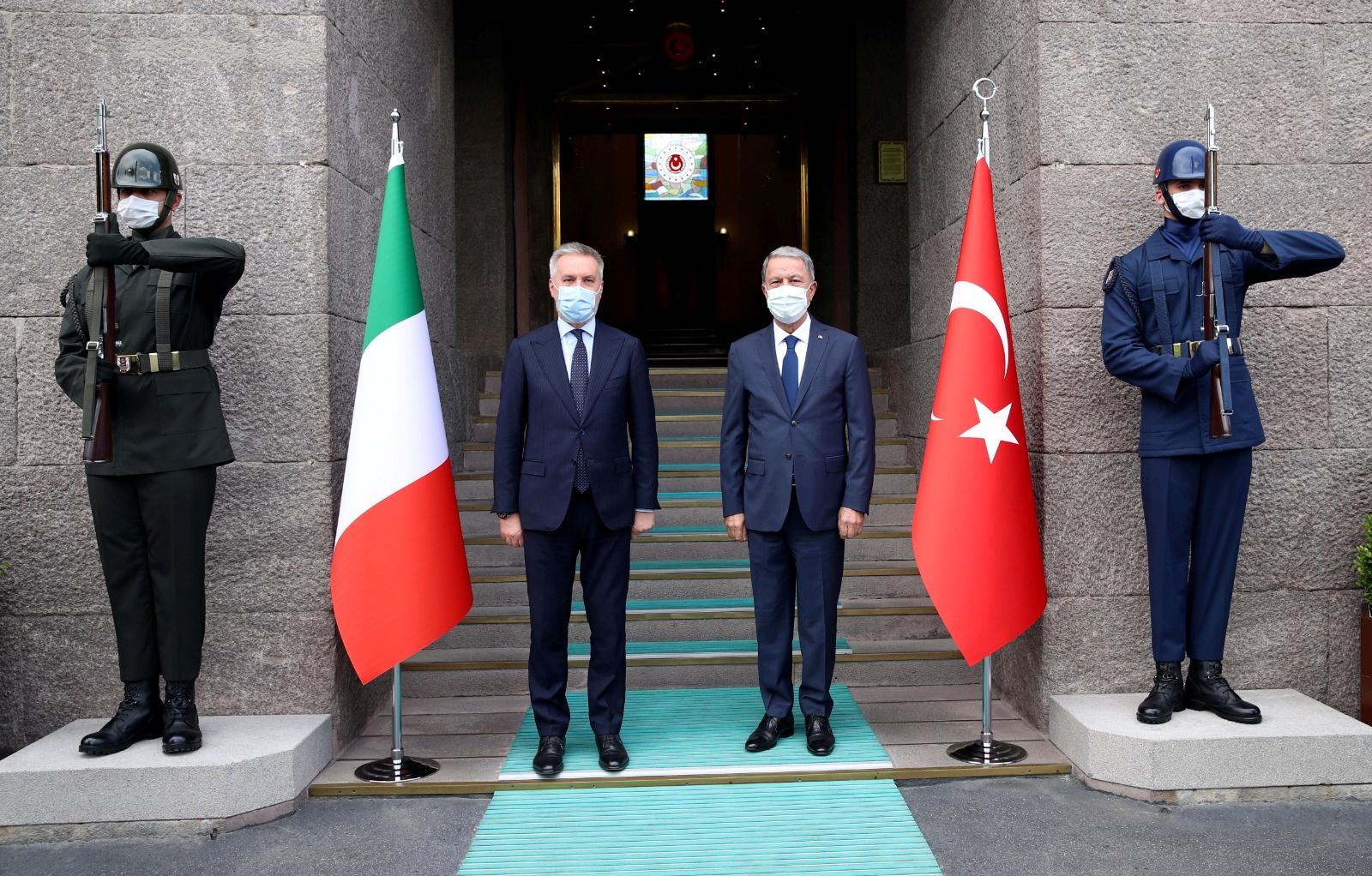 ISTANBUL (Reuters) – Turkey and Italy’s defence ministers agreed at talks on Tuesday on the need for a political solution to Libya’s conflict, according to a readout by the Turkish defence ministry.

“We have gladly observed that we share common and similar views on several issues,” Turkish Defence Minister Hulusi Akar said in the readout, adding security and defence cooperation between the countries would benefit the Mediterranean region.

Turkey, with the second largest military in NATO, backs the internationally recognised GNA government in Libya’s conflict while eastern Libyan commander Khalifa Haftar is backed by the United Arab Emirates, Egypt and Russia.

Relations between some NATO members have soured over the Libya as Turkey has accused France of backing Haftar’s forces. Paris denies this and accused Turkish warships of aggressive behaviour in a June 10 incident when a French frigate under NATO command tried to inspect a cargo ship suspected of smuggling arms to Libya in violation of a U.N. embargo.

The European Union recognises the GNA but there are differences between member states. Italy, whose state-controlled oil and gas major Eni is the biggest foreign oil producer in Libya, has sent troops to train GNA security forces.

European countries worry about Libya because of its energy supplies and – given its chronic disorder – its role as a major source of undocumented migration to Europe and as a haven for Islamist militants.

Italian Defence Minister Lorenzo Guerini said all parties need to work together to achieve stability in the Mediterrenean, according to the Turkish ministry readout.