The Met Office has issued a number of weather warnings this week. Today (Tuesday, June 16) much of the UK saw heavy showers and thunderstorms, with western parts of the UK seeing the most of the rain. The Met Office told Express.co.uk Wednesday is expected to be a similar story, and rain is expected to spread further eastwards into central and south east England, with light winds and some sunshine in between.

For some areas over the coming days, the light winds will cause slow-moving showers, meaning rainfall totals will build up.

Met Office meteorologist Emma Salter told Express.co.uk: “There’s going to be thunder, lightning, we’ve seen some hail today as well, that’s going to be part of the story for tomorrow [Wednesday], but some warm sunshine in between.

“Down that North Sea coast tonight there is going to be more fog forming, low clouds and mist, and that’s going to be quite slow to clear tomorrow on the far eastern side.

“On Thursday a more organised band of showery rain will spread up from the south, which means there’s going to be a spell of wet weather with a few hours of rain in any one place as that system pushes its way northwards. 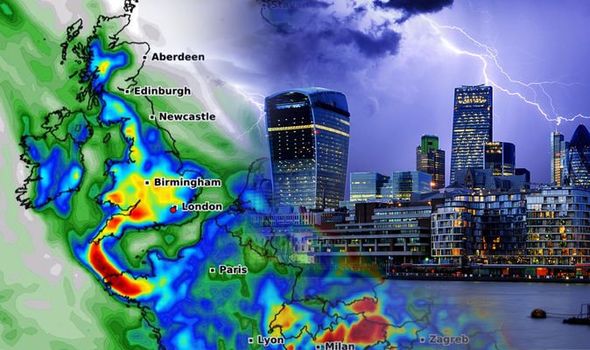 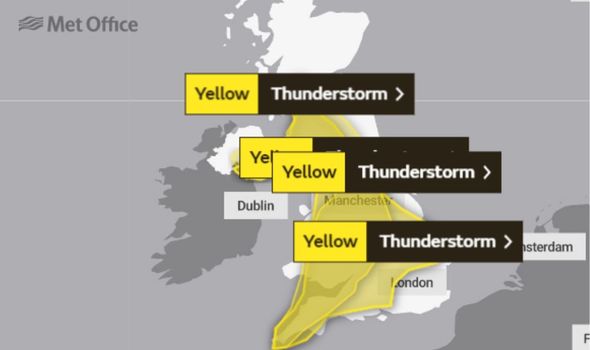 “And following on behind that we’re going to get some more heavy showers forming across much of England and Wales.

“Meanwhile Thursday for Scotland looks pretty dry with quite a lot of sunshine, again temperatures quite warm.”

A yellow thunderstorm warning was issued on Tuesday across parts of Scotland, most of Wales, as well as swathes of southwest and northern England.

The warning also covers parts of Northern Ireland, and is in place from 1.30pm on Tuesday until 6am on Wednesday. 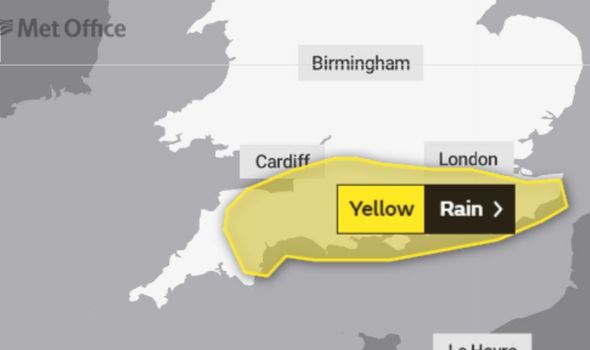 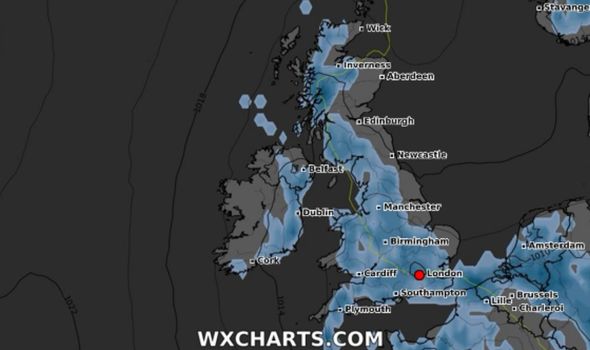 The Met Office thunderstorm warning states as much as 35mm of rain could fall in one hour in some areas.

The warning reads: “Slow-moving heavy showers and thunderstorms will break out across many parts of the UK on Tuesday afternoon.

“Some places will miss them, but where they do occur they will bring torrential downpours with 25 to 35 mm rain falling in an hour and perhaps 40 to 50 mm in 2 to 3 hours in one or two places.

“Lightning and hail will be additional hazards.

“These showers and thunderstorms will only slowly die out through the evening, but may persist across northwest England, southwest Scotland and perhaps eastern Northern Ireland into the early hours of Wednesday morning.”

An additional yellow thunderstorm warning has also been issued across much of the UK on Wednesday from 12pm until 9pm.

On Thursday, June 18, a Met Office yellow rain warning has been issued for a swathe of southern and southwest England.

The rain warning is in place from 12pm until 9pm, and covers the cities of Portsmouth, Brighton and Bath. 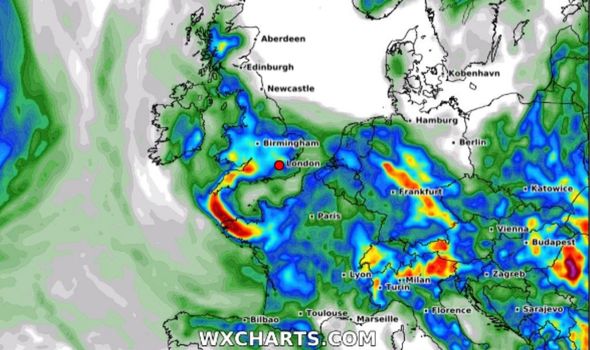 “These could be slow-moving, giving some locally torrential downpours.