Tehran said Mahmoud Mousavi-Majd would be executed soon after the sentence was upheld the country’s Supreme Court. But officials inisted the cases was not linked to the death of Gen Soleimani, leader of the Revolutionary Guards’ Quds Force, who was killed in a US drone strike on January 3 in Baghdad.

Mahmoud Mousavi-Majd, one of the spies for the CIA and the Mossad, has been sentenced to death

Washington accused Gen Soleimani of masterminding attacks by Iran-aligned militias on US forces in the region.

Iranian Justice Ministry spokesman Gholamhossein Esmaili said: “Mahmoud Mousavi-Majd, one of the spies for the CIA and the Mossad, has been sentenced to death.

“He had shared information about the whereabouts of martyr Soleimani with our enemies.

“He passed on security information to the Israeli and American intelligence agencies about Iran’s armed forces, particularly the Guards.” 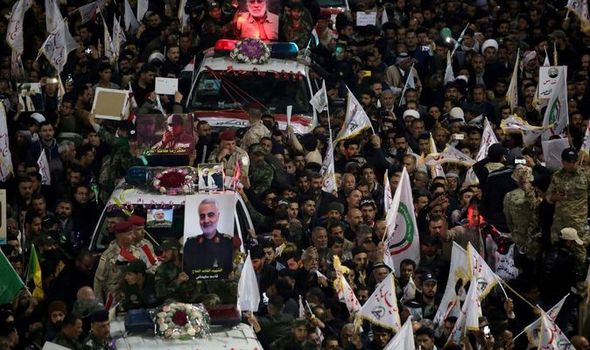 Mr Esmaili confirmed Mousavi-Majd’s death sentence has been upheld by a supreme court judge and said: “He will be executed soon.”

Later, the judiciary issued a statement making it clear Mousavi-Majd’s conviction was not linked to “the terrorist act of the US government” in Gen Soleimani’s killing.

The statement said: “Mousavi-Majd was arrested in October 2018.

“All the legal proceedings in the case of this spy had been carried out long before the martyrdom of Soleimani.” 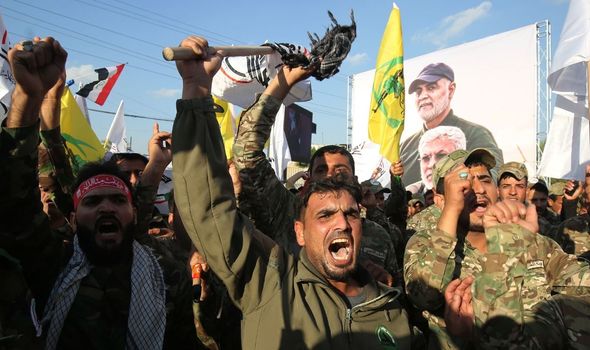 It is unclear if the case is linked to Iran’s announcement in the summer of 2019 that it had captured 17 spies working for the CIA, some of whom it said were sentenced to death.

There was also no comment on whether Mousavi-Majd’s case is linked to Iran’s announcement in February of this year that Iran had sentence to death a man for spying for the CIA and attempting to pass on information about Tehran’s nuclear program.

Gen Soleimani’s killing sparked fears of an all-out military confrontation between Iran and the USA.

Iran retaliated with a rocket attack on an Iraqi air base where US forces were stationed and just hours later Iranian forces on high alert mistakenly shot down a Ukrainian passenger airliner taking off from Tehran.

Friction between Tehran and Washington has increased since 2018, when Mr Trump quit Iran’s 2015 nuclear deal with six powers and reimposed sanctions on the country that have crippled its economy.

Iran’s Supreme Leader last month warned all Americans would be expelled from Iraq and Syria as he stepped up his calls for US troops to be withdrawn from the Middle East.

Ayatollah Ali Khamenei said US actions in Afghanistan, Iraq and Syria had led to them being hated, according to a transcript of a speech to students published on his website. 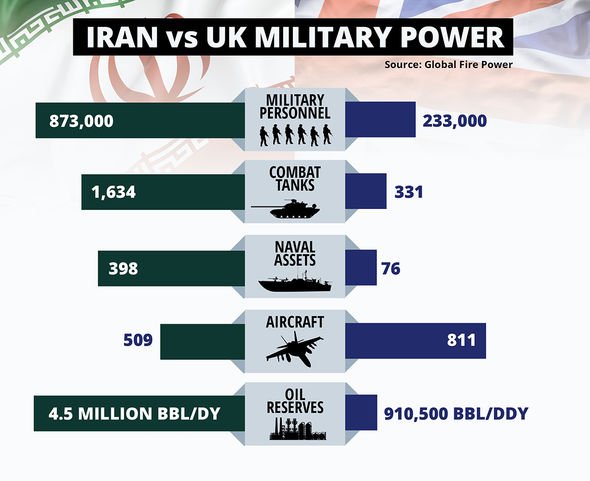 He said: “The Americans won’t stay in Iraq and Syria and will be expelled.”

Earlier, US President Donald Trump said he had instructed the US Navy to fire on any Iranian ships that harass it at sea but said later he was not changing the military’s rules of engagement.

The head of Iran’s elite Revolutionary Guards, Major General Hossein Salami, said the Islamic Republic would destroy US warships if its security was threatened in the Gulf.