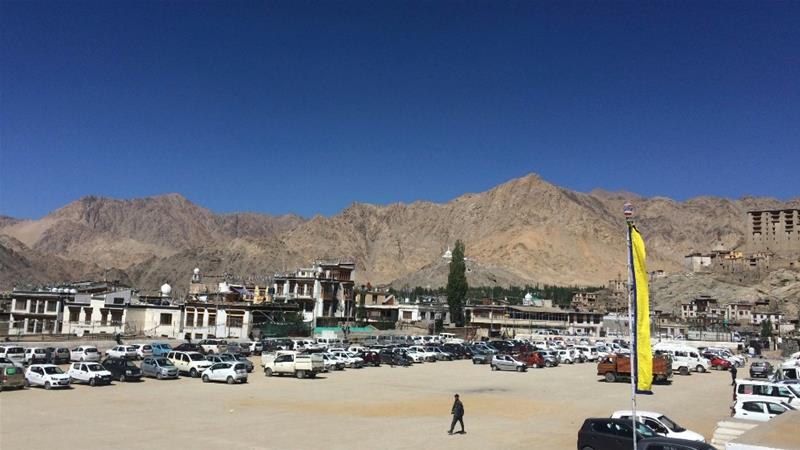 Top Chinese and Indian generals are holding high-level talks in a Himalayan outpost in a bid to end the latest border standoff between the world’s two most populous nations that has seen thousands of troops sent to both sides of the disputed border.

The talks are being held in the border outpost of Maldo on the Chinese side of the Line of Actual Control (LAC)  – the de facto border between the two countries, India-based NDTV channel reported.

The talks come after multiple local military level meetings failed to defuse the tension, which arose after troops from both sides were involved in scuffles in early May followed by Chinese intrusion in several border areas that New Delhi claims as its own.

Most of 3,488km-long (2,167 miles) border between the two countries is disputed and non-demarcated.

“I have not seen Corps Commander level officers carrying out military talks,” Lt Gen DS Hooda was quoted as saying by theprint.in website.

As the talks take place, here are the key points that have led to the dispute and the pitfalls as the two nations, who fought a 1962 border war and have clashed many times since, over the solution:

Fist-fights and handshakes at the frontier

The face-off in eastern Ladakh region, which was carved out of Indian-administered Kashmir last August, started on May 5 and May 6 when soldiers of both sides were involved in a skirmish.

On May 9, several Indian and Chinese troops were injured in fights with fists, stones and wooden batons in Sikkim state – about 1,200km east the Ladakh region.

Indian officials say that within days, Chinese troops had encroached on the Indian side of their demarcation line in the Ladakh region further to the west.

India has moved extra troops to positions opposite.

A line out of control

Experts say that new roads on the Indian side of the line may have rankled China.

But the dividing line between India and China is more like a scar – that includes a ceasefire LAC – than a border.

The countries cannot even agree on how long it is. India gives a figure of 3,488 kilometres (2,167 miles). China does not give a number, but state media says the border should be just 2,000km (1,250 miles) when China’s claims in Jammu and Kashmir and Ladakh and other regions are taken into account.

Each side uses different frontier proposals made by Britain to China in the 19th century to back their claims.

Increasingly tense border talks and a series of skirmishes led to the 1962 war, mainly fought above 4,000 metres (14,000 feet), in which China took territory from India in Arunachal Pradesh.

Regular clashes have followed and the rival sides staged a 73-day showdown in the Doklam plateau in 2017.

High altitude face-offs have become more frequent in recent years. There have been four since President Xi Jinping took power in 2012.

The US administration has said this is a new sign of China’s growing military assertiveness.

“India does not want to hurt any country’s pride, neither can it tolerate if a country wants to hurt ours,” said Defence Minister Rajnath Singh last week.

Tamanna Salikuddin, a South Asia expert at the US Institute of Peace think-tank, linked the tensions to India’s fierce rivalry with Pakistan, an ally of China.

“From the Indian perspective, China’s aggression is seen as supportive of Pakistan’s efforts to contest the borders with India in this highly inflammable region,” Salikuddin said.

However, according to Ashley Tellis, a senior fellow at the Carnegie Endowment for International Peace, Beijing’s concerns “appear to have grown since the August 2019 Indian decision to make Ladakh” a federally-administered territory.

“Beijing has moved into disputed territories that did not host a continual Chinese presence as recently as January 2020,” Tellis wrote.

“China’s first-mover advantage has now locked India into the awkward position of trying to negotiate a Chinese withdrawal from these new occupations, which is an unlikely prospect especially in areas like Pangong Tso, where China is aggressively completing a motorable road, and in the Galwan Valley, where it is reportedly building bunkers and barracks.”

The senior fellow at the Carnegie Endowment for International Peace noted that even if China were to withdraw as a result of negotiations with India, “the new infrastructure it has created would likely survive as a ready asset to be utilised in some future contingency”.

While India and China are better armed and more stubborn, no shots have been fired across the disputed border since 1975. Diplomats say this is part of an unofficial “de-escalation pact”.

And while they blame each other for the latest flare-up and both countries are looking for diversions from the global pandemic crisis, both insist negotiating avenues such as the Chusho-Moldo talks can act as a safety valve for their frustrations.

Salikuddin said there is a risk of escalation because of the high number of “troops and heavy weaponry” in the zone but the two sides have a “robust conflict management arrangement”.

And ultimately there is growing recognition that India and China cannot live without each other.

India’s Finance Minister Nirmala Sitharaman told WION TV this week that once the pandemic is over “if there are two engines of growth for the global economies … it is only two countries and they are India and China”.