Military sources say chief of staff in Marib province survived attack blamed on Houthis, but son and nephew did not. 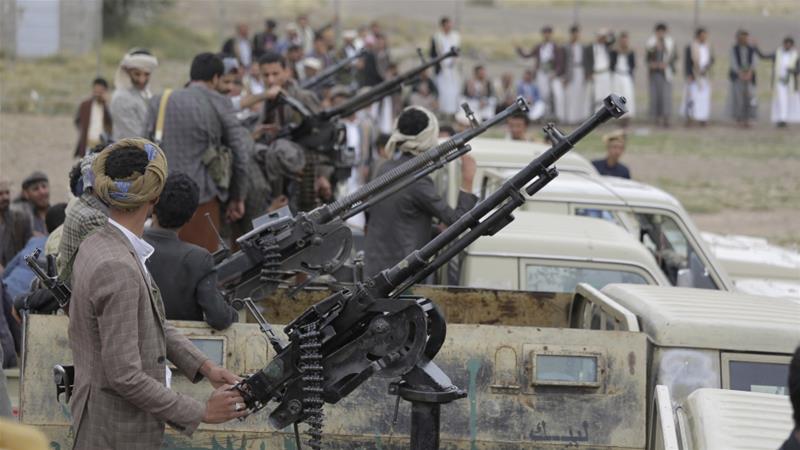 Yemen’s Houthi fighters have fired missiles targeting the army command of the Saudi-backed government in Marib province, causing several casualties, including relatives of the chief of staff, according to military sources cited by news agencies.

The assault on Tuesday took place after the expiry of a one-month ceasefire announced on April 24 by a Saudi-led military coalition that is battling the Houthi rebels and which was prompted by the coronavirus pandemic. There was no immediate claim of responsibility from the Houthis.

A military official quoted by AFP news agency said eight Yemeni government troops were killed and several others were wounded in the missile attack.

“Houthis fired two ballistic missiles – one at the army headquarters in Marib province overnight on Wednesday,” and the other at a military camp, the official said.

Three military sources cited by Reuters news agency gave a death toll of at least seven people. They said Chief of Staff Lieutenant General Sagheer bin Aziz survived the attack but one of his sons and a nephew, both officers, were killed along with five others. Another of his sons confirmed this on Twitter.

The Houthis took control of al-Hazm, the capital of the northern province of al-Jawf earlier this year – a strategic advance that means they now threaten oil-producing Marib province, the source of significant revenue.

Yemen has been divided between the Saudi-backed government in the south and the Houthi movement based in the north since the group seized the capital, Sanaa, in late 2014, prompting the intervention of the Saudi-led coalition in March 2015.

Since then, tens of thousands of people, mostly civilians, have been killed and millions have been pushed to the brink of famine, in what the United Nations calls the world’s worst humanitarian crisis.

In recent weeks, the UN has been trying to hold virtual talks between the warring parties to forge a permanent ceasefire, agree to a coordinated coronavirus response and restart peace talks stalled since late 2018.

The UN Office for the Coordination of Humanitarian Affairs (OCHA) said on Friday the new coronavirus is spreading throughout the country, which has limited testing capabilities and whose malnourished population has among the world’s lowest immunity levels to disease.

Years of fighting have also shattered the country’s healthcare system, to the point where the United Nations warned on Friday that it has “in effect, collapsed”.

To date, officials in the war-ravaged country have reported 249 confirmed coronavirus infections and 49 related deaths – but aid groups say the actual numbers are much higher.