Cold weather replaced blazing sunlight on Sunday this week, as the country anticipated Government measures to lift and allow them to bask in the warmest temperatures the country has seen in 2020. Temperatures plummeted from highs of 26C on Saturday to 11C today, and strong winds have emerged to batter some parts of the country.

Over the weekend, weather forecasters warned temperatures would plummet by eight to 12C on Sunday, following wall-to-wall sunshine on Friday and Saturday.

Temperatures at the end of the week exceeded 22C, marking the hottest days of the year in 2020.

However, most people missed the opportunity to embrace the sun as the mercury has dropped to chillier temperatures.

According to forecasters from Accuweather.com, temperatures will remain in the low to mid-single figures from Monday to Wednesday. 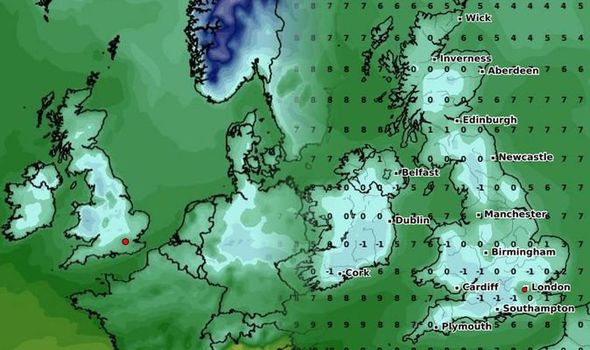 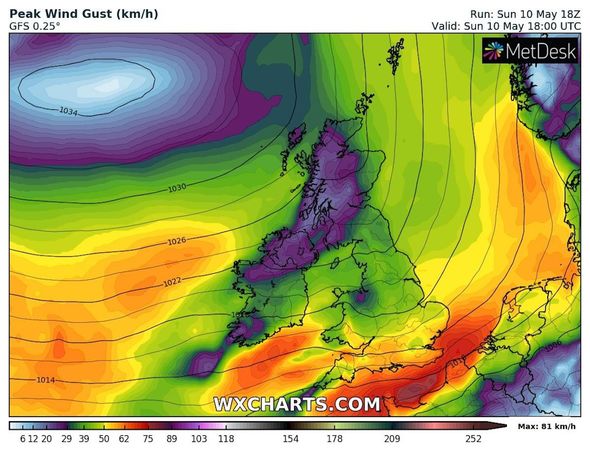 Weather maps from WXCharts show temperatures could plunge to -1C tomorrow morning, and lows of -5C on Wednesday at 6am.

However, conditions are expected to range between 4C and 12C for much of this week.

On May 15 and 16, temperatures will begin to rise once more, with highs of 16 and 18C on Friday and Saturday.

By Sunday, temperatures will once again hit 22C, and remain so over the course of the week. 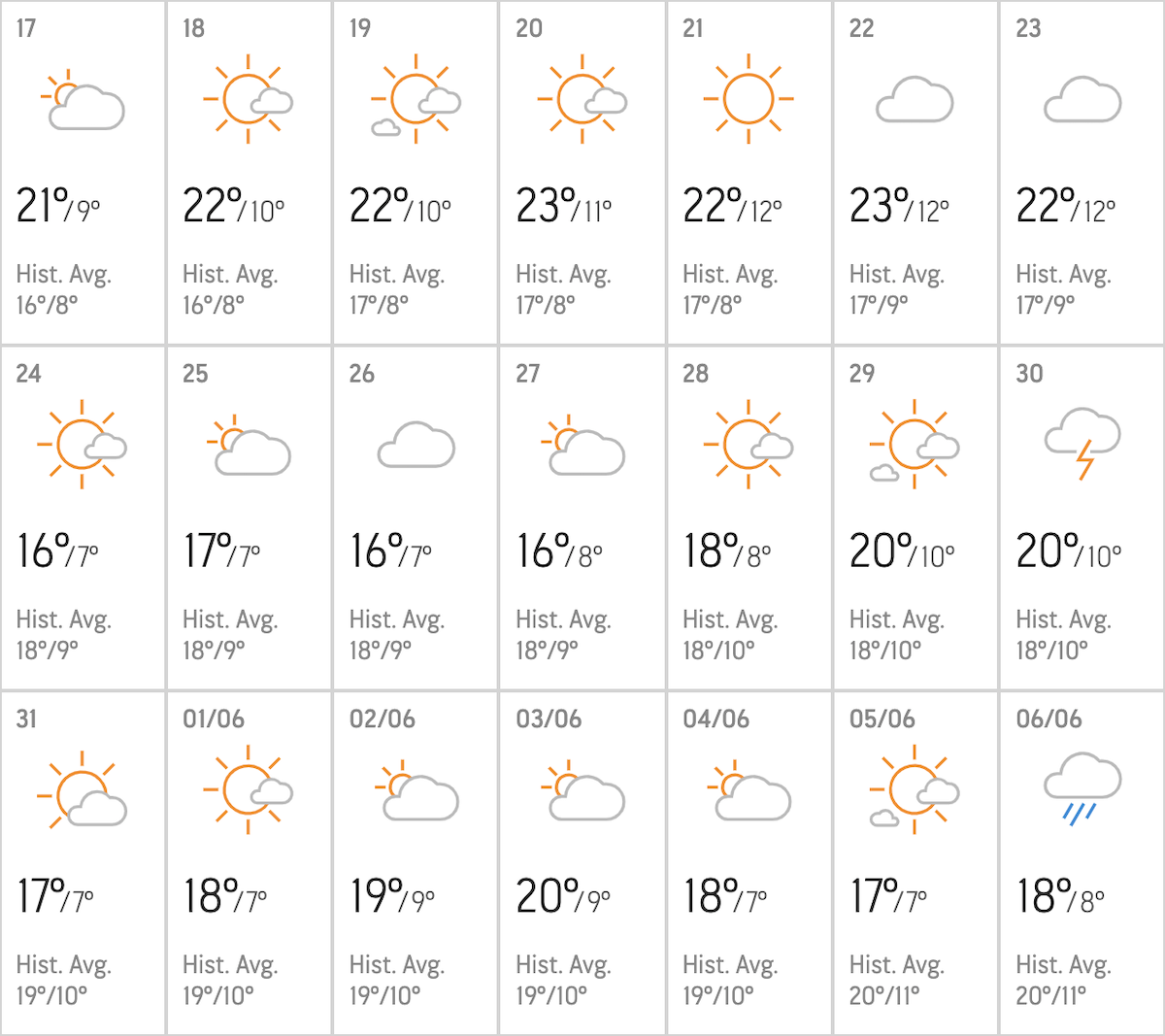 The Met Office long-range forecast concurs with Accuweather, saying high-pressure would cause “fine and dry” conditions over most of the country.

The forecast states: “To start the period, high pressure will dominate with most places seeing largely fine and dry conditions, with variable cloud and sunny spells.

“There could be a chance of rain and showers from the south at times, as well as in the far northwest.

“Light winds across most areas, however, the far northwest and south could turn windier at times with a risk of gales along coasts.” 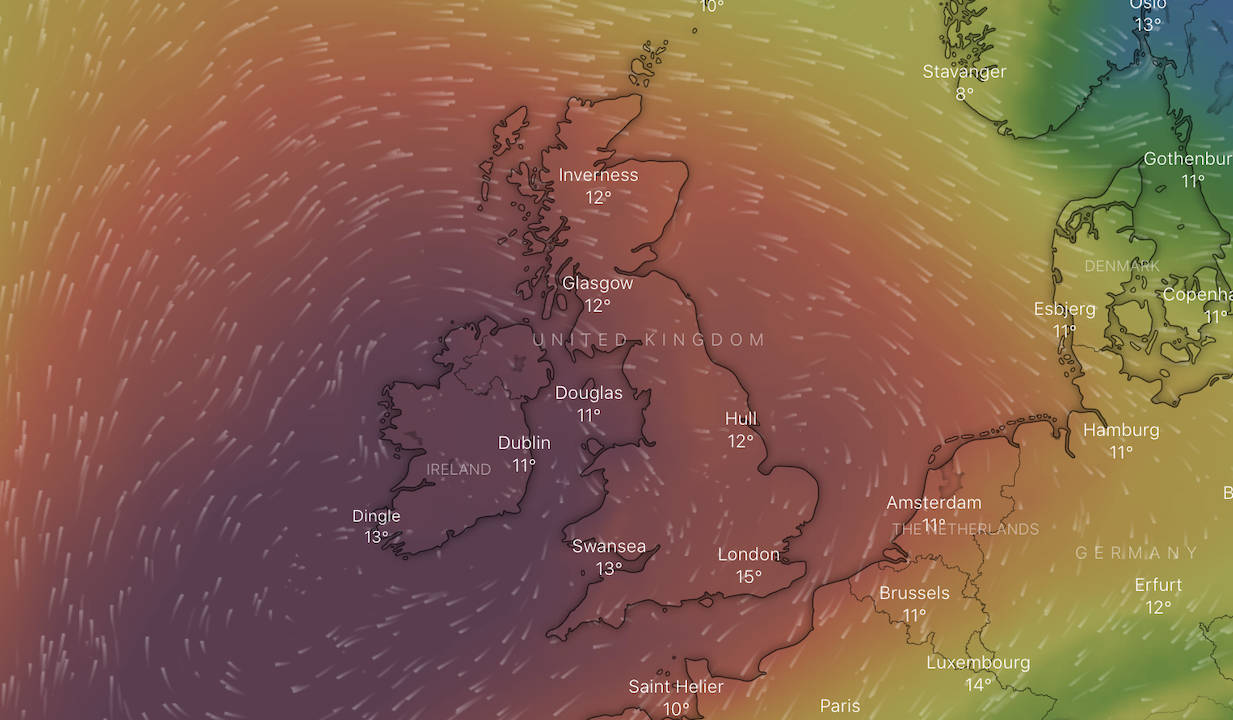 “Through the middle and towards the end of the period, high pressure will continue to dominate bringing more of the fine weather and light winds across the UK, especially in the east.”

“Temperatures will continue to recover, but still feeling cold for most with a chance of frost overnight in rural spots.

“Could warm-up in places towards the end of the period.”

Until recently, Brits have been stuck indoors under the Government’s lockdown measures, which officials instituted to reduce infections of COVID-19.

Boris Johnson declared the country has “passed the peak”, and relaxed some of these restrictions yesterday, freeing people to spend more time in the sun.

As part of his announcement, the Prime Minister has allowed people to spend “unlimited” time outside from this Wednesday, giving them the chance to sunbathe if they wish.

He added people would also be allowed to play sports with members of their own household and participate in socially distanced visits to family members and friends.

The Government has also relaxed driving restrictions, meaning people can drive to exercise if they choose.

The new “phased” measures will remain in place for another month pending review in June when officials expect primary pupils may return to school.