The Met Office has forecast parts of Britain to hit 25C to 26C on Saturday making it the hottest day of the year so far. However, the blazing sunshine will be broken tomorrow with temperatures plummeting as the nation spends its seventh weekend in lockdown.

Southern parts of Britain are forecast to be fine, warm and dry on Saturday.

Elsewhere, there will be sunny spells, but also scattered afternoon showers are due to develop.

Some of these showers are due to be heavy and thundery.

The warmest conditions are predicted in central and southern areas where temperatures are due to hit 25C or 26C. 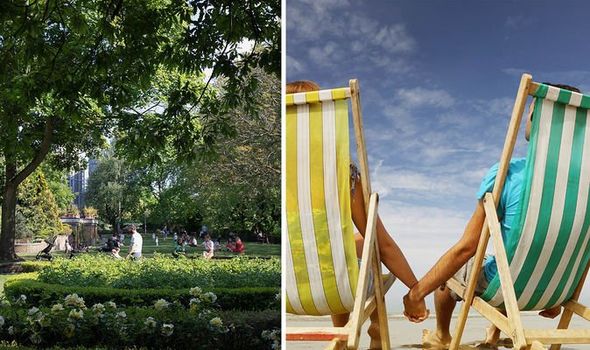 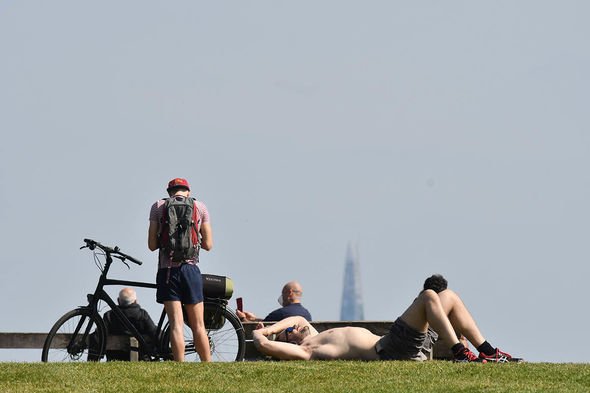 Northern Britain will see highs of 23C, while Northern Ireland will hit 21C.

Southern parts of Scotland are forecast to reach 20C, whereas Wales should hit 24C by this afternoon.

The hottest temperatures are forecast to reach 26C in London and the South East, where temperatures could potentially surpass the record in Treknow, Cornwall, on Good Friday.

Saturday’s sunshine comes after temperatures skyrocketed on Friday, with central London hitting 24.3, surpassing the recorded temperature in Nice, on the French Riviera, which only hit 23C. 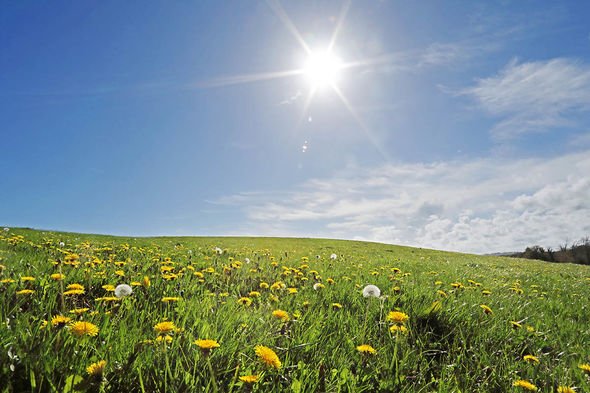 Overnight, temperatures are forecast to plummet due to a cold front arriving across the UK.

Some parts of Britain could see temperatures drop to as low as 2C.

The Met Office’s John Griffiths said: “Saturday will get off to a fine and dry start for most. Large swathes will be dry and sunny.

“The cold front will bring cloud and outbreaks of rain and strong winds.

“It’ll be time to pack the shorts away and get the fleeces out.

“Hopefully, people will be able to enjoy the weather, sensibly, before it takes a cold turn.”

Britons were warned to adhere to social distancing advice ahead of the warm weather.

Police were dispatched to several parks to manage these rulebreakers.

In London, a man was asked to go home by a police officer for sunbathing in Greenwich Park, while hundreds headed to Brighton beach to sunbathe. 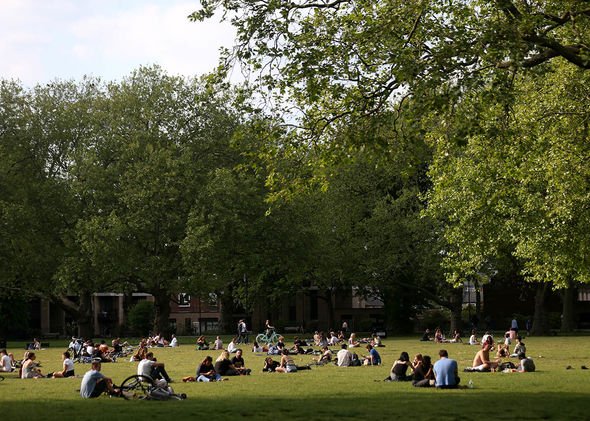 The chilly weather expected overnight is due to bring overnight frosts to some parts of the country early next week, with most areas feeling noticeably colder.

“Elsewhere, warm sunny spells but also scattered afternoon showers, some of them heavy and thundery.

On Sunday, the weather is forecast to turn colder and windier.

“Windy and most areas feeling much colder than of late.”