WARSAW (Reuters) – Poland’s ruling Law and Justice (PiS) party and its junior coalition partner reached a deal to allow for a presidential election scheduled for Sunday to be held at a later date, the two parties said in a statement late on Wednesday quoted by the PAP news agency. 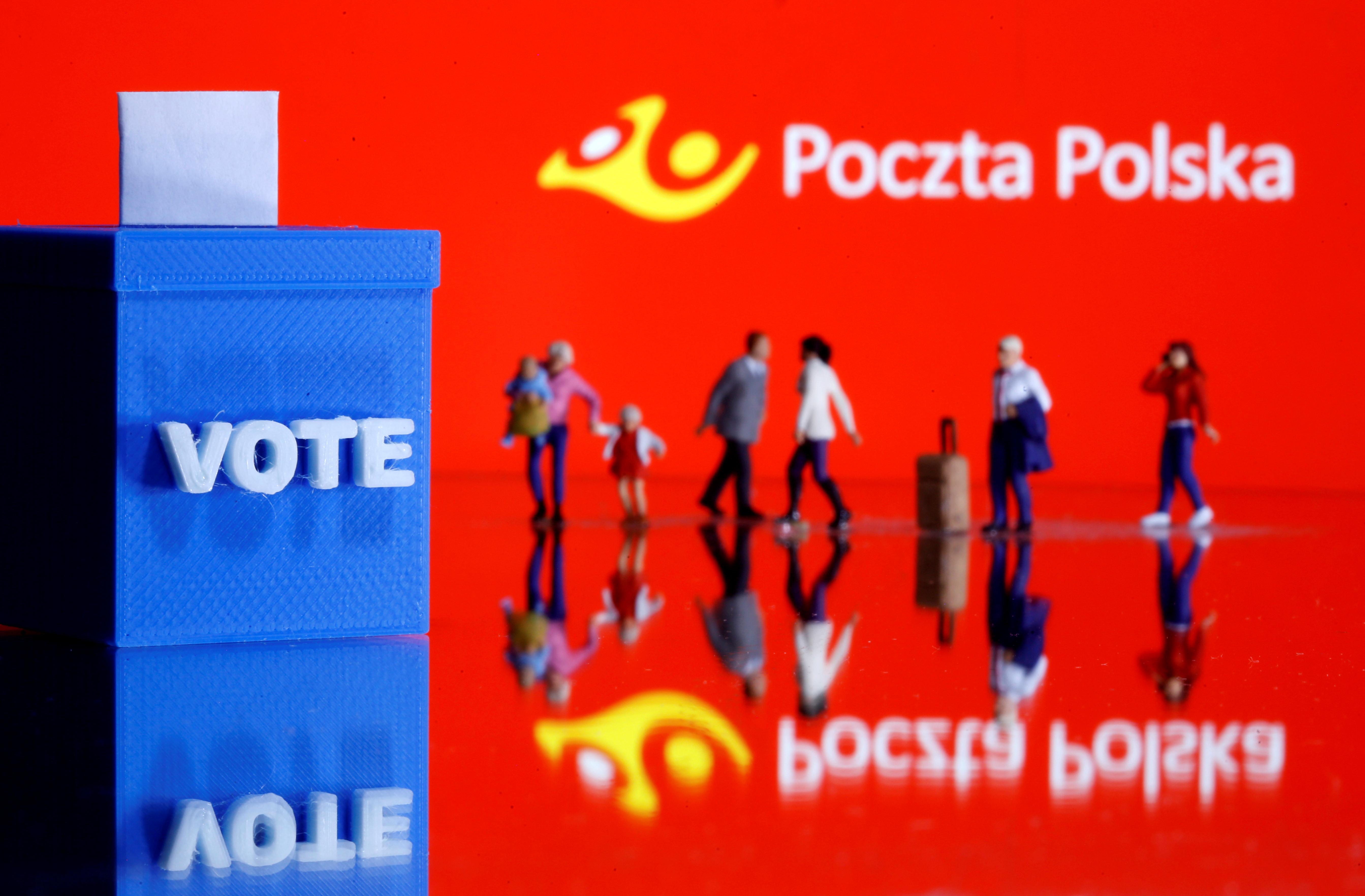 The timing of the election became contentious in Poland with PiS insisting the vote be held as scheduled despite the coronavirus pandemic, and the opposition accusing it of putting political gain ahead of public health.

Disagreements over how to handle the election also threatened to break up the conservative ruling coalition, with a junior grouping saying it would oppose in parliament a PiS plan to hold the vote entirely via the post.

The unexpected announcement suggested the row within the coalition had eased, but it was not immediately clear how the parties would go forward with a new election.

In the statement, they said only that they expected the Supreme Court to void the Sunday election after that date.

“The parliament’s speaker will announce a new election at the earliest possible date,” they said.

Parliament is due to vote early on Thursday on a PiS proposal to introduce postal voting. PiS has argued such an election would be safe despite a rising number of deaths from the highly contagious novel coronavirus that causes the COVID-19 disease.

The opposition and international election observers have said, however, that changing election rules so late before a ballot meant it would not be free or fair.

PiS is keen for a vote as soon as possible because opinion polls show its ally, President Andrzej Duda, would win re-election if a vote were held now.

The party needs his support to make further progress in its judiciary overhaul, which the European Union has said subverts the rule of law.