Raheem Mostert rushed for two second-half touchdowns and San Francisco made a late defensive stand to claim the NFC West crown and No. 1 seed in the NFC playoffs with a 26-21 win over host Seattle on Sunday night, the final game of the NFL’s regular season.

The Seahawks got a first down inside the San Francisco 1-yard line with 23 seconds remaining, but after quarterback Russell Wilson spiked the ball, Seattle took a delay of game to make it second-and-goal from the 5. After a pair of incomplete passes, tight end Jacob Hollister was stopped inches short of the goal line on a fourth-down reception with nine seconds remaining.

Officials reviewed the play for several minutes before announcing that Hollister indeed had been downed just before the ball crossed the goal line. Linebacker Dre Greenlaw made the division-saving play. The 49ers (13-3) will get a bye in next weekend’s wild-card round while the Seahawks (11-5) get the No. 5 seed and will play at No. 4 seed Philadelphia (9-7) on Sunday afternoon in the final game of wild-card weekend.

Marshawn Lynch came out of retirement and scored a touchdown for the injury-riddled Seahawks, who would’ve won the NFC West title with a victory and sent the 49ers to the wild-card round.

The Eagles won their fourth in a row, finished 9-7 and won the NFC East, drawing the Seahawks in next week’s wild-card round.

Scott became the first Eagles running back to rush for three touchdowns in one game since 2011. Wentz completed 23 of 40 passes for 289 yards. Saquon Barkley rushed for one touchdown, and rookie quarterback Daniel Jones threw for one, but the Giants were swept by the Eagles and fell to 4-12.

Mason Crosby kicked a 33-yard field goal as time expired to give Green Bay a crucial win in Detroit on Sunday.

The winning boot allowed the Packers (13-3) to clinch a first-round bye for the NFC playoffs, finishing as the No. 2 seed. The Lions (3-12-1) lost their ninth straight game despite holding a 17-3 halftime lead. Green Bay never led in the game until the end.

Packers quarterback Aaron Rodgers overcame a miserable first half to finish 27-of-55 passing for 323 yards, two touchdowns and one interception. Aaron Jones rushed for 100 yards and Davante Adams caught seven passes for 93 yards.

Drew Brees threw three touchdown passes as New Orleans geared up for the postseason by smashing host Carolina the regular-season finale at Bank of America Stadium.

New Orleans is one of three NFC teams to finish the regular season 13-3, but because of tiebreakers the Saints will play in next weekend’s wild-card round while San Francisco (No. 1) and Green Bay (No. 2) earned the conference’s top two seeds and with them first-round byes. New Orleans will host No. 6 seed Minnesota next Sunday.

Brees finished the game 19 of 30 for 253 yards and did not throw an interception, while the Panthers (5-11) lost their eighth game in a row as they finished in last place in the NFC South. They were 0-4 under interim coach Perry Fewell since the firing of coach Ron Rivera.

The Patriots (12-4), who started the season 8-0, could have clinched a first-round playoff bye with the win. Their loss, combined with Kansas City’s win over the Los Angeles Chargers, dropped the Pats to the No. 3 seed and means New England must host the Tennessee Titans in the wild-card round while the Chiefs get the bye.

Miami (5-11), which started this season 0-7, won at New England for the first time since 2008. Fitzpatrick completed 28 of 41 passes for 320 yards and one touchdown, with no interceptions. Wide receiver DeVante Parker had eight catches for 137 yards.

The Chiefs (12-4), who also relied on 174 yards passing from quarterback Patrick Mahomes, head to the AFC playoffs with a first-round bye as the No. 2 seed thanks to the Dolphins’ upset of the Patriots. The Chiefs are 1-5 in the wild-card round since 1994.

On three of just five touches by the Chiefs in the third quarter, Mahomes threw an interception that the Chargers (5-11) converted into a touchdown, Mecole Hardman returned a kickoff 104 yards for a touchdown, and Williams scored on an 84-yard rush.

Justin Tucker kicked four field goals and Baltimore set an NFL record for most rushing yards in a season in defeating the visiting Pittsburgh, helping to eliminate the Steelers in the process.

The Steelers (8-8) could have gotten into the playoffs with a victory and a Tennessee loss at Houston, but neither of those happened as they managed just 168 yards of total offense on a rainy day.

Gus Edwards gained 130 yards on 21 carries for the Ravens (14-2), who won their 12th game in a row and set a franchise record for most regular-season victories despite sitting seven starters, including quarterback and MVP favorite Lamar Jackson. They also rushed for 223 yards to give them 3,296 for the season, breaking the record of 3,165 set by the 1978 New England Patriots.

Derrick Henry rushed for 211 yards and clinched the NFL’s regular-season rushing title as Tennessee secured a playoff berth with a win over host Houston.

Henry’s last carry, a 53-yard touchdown run with 2:54 left in the game, enabled him to pass Cleveland’s Nick Chubb for the top spot among NFL rushers with 1,540 yards. He also scored on 3- and 1-yard runs in the second half as sixth-seeded Tennessee (9-7) earned a trip to AFC East champion New England next weekend for their wild-card game.

The Texans (10-6), locked into the No. 4 seed in the playoffs, sat out several key players, but were in the game for three quarters thanks to a good performance by backup quarterback A.J. McCarron. He hit on 21 of 36 passes for 225 yards and rushed for a 1-yard touchdown late in the third quarter. Houston will host No. 5 seed Buffalo next Saturday in the first game of the wild-card round.

Eddy Pineiro drilled a 22-yard field goal with 10 seconds remaining in the fourth quarter to lift Chicago past Minnesota in Minneapolis, as the Vikings rested many starters having locked up the No. 6 seed in Week 16.

Pineiro, who made field-goal attempts of 26, 33 and 34 yards in the first half, was given his fourth opportunity after Mitchell Trubisky connected with Riley Ridley on a 32-yard reception on a fourth-and-9 play earlier in the drive for the Bears (8-8).

Sam Darnold threw for 199 yards and the game’s only touchdown, leading New York over playoff-bound Buffalo Bills in a rainy Orchard Park, N.Y.

The Jets finish their season 7-9. The Bills (10-6), who had the No. 5 seed locked up coming into the game, will play in next week’s AFC wild-card round against the No. 4 seed Houston Texans.

Buffalo backup quarterback Matt Barkley finished 18-for-35 for 232 yards and two interceptions in place of Josh Allen, who started the game but played just two possessions. The Bills rested a slew of their starters.

Dak Prescott completed 23 of 33 passes for 303 yards and four touchdowns, three of which went to Michael Gallup, and Dallas rolled to a win over visiting Washington.

However, Dallas (8-8) missed the postseason for the seventh time in the past 10 years. The Cowboys needed to win, and for the Philadelphia Eagles to lose, to win the NFC East, but the Eagles beat the New York Giants to take the division title.

Ezekiel Elliott tallied two touchdowns, one rushing and one receiving, as the Cowboys posted their highest point total of the season. Elliott finished with 122 rushing yards, while Gallup had five catches for 98 yards.

Deion Jones returned a Jameis Winston interception 27 yards for the game-winning touchdown on the first play of overtime to give Atlanta Falcons the win in Tampa, Fla.

Falcons quarterback Matt Ryan finished 30 of 51 for 301 yards and one touchdown, while kicker Younghoe Koo made all five field goal attempts for the Falcons (7-9). Matt Gay was 0-for-3 on field goals for Tampa Bay, missing from 49, 44 and 34 yards.

Atlanta opened the scoring with a trick play. Offensive lineman Ty Sambrailo checked in as an eligible receiver, and the Buccaneers (7-9) did not adjust correctly, as Ryan found Sambrailo for a 35-yard touchdown up the seam. It was the longest touchdown reception by an offensive lineman since at least 1950.

Joe Mixon rushed for 162 yards and two touchdowns and Andy Dalton passed for 190 yards and a score to lift host Cincinnati past Cleveland, as the Browns finished yet another season with double-digit losses.

Cincinnati (2-14), which secured the top pick in the 2020 NFL Draft a week earlier, finished in fourth place in the AFC North for the second straight season but avoided the first one-victory season in franchise history. The Bengals also finished 2-14 in 2002.

Cleveland (6-10) placed third in the division for the second straight season while finishing with double-digit losses for the 10th time in 12 seasons. Baker Mayfield did become the first Cleveland signal-caller to start all 16 games behind center in 18 years, however.

Jared Goff passed for 319 yards and three touchdowns as Los Angeles bid farewell to the Los Angeles Memorial Coliseum for a second time in its history with a win over visiting Arizona.

In a battle of teams already eliminated from playoff consideration, Tyler Higbee and Robert Woods caught fourth-quarter touchdown passes for the Rams (9-7), while Cooper Kupp also had a TD reception. Malcolm Brown had a rushing touchdown for Los Angeles.

Kyler Murray passed for 325 yards and two touchdowns as Arizona (5-10-1) saw its two-game winning streak come to an end. Murray participated in the final game of his rookie season despite a right hamstring injury that limited his mobility.

Jacksonville (6-10) won for only the second time in its last eight games, avenging an earlier 20-point loss to AFC South rival Indianapolis by scoring the game’s final 25 points.

The Colts (7-9), who didn’t score in the second half, lost five of their last six games. They fell to 2-6 in road games.

Rookie Drew Lock threw a touchdown pass and host Denver denied a two-point conversion attempt with seven seconds remaining to defeat Oakland in the season finale for both teams.

The loss brought an official end to the Raiders’ tenure in Oakland as they prepare to move to Las Vegas for next season. Though they finished with a 7-9 record, the Raiders began the day with a long-shot chance to claim the last AFC wild-card spot.

Lock completed 17 of 28 for 177 yards and improved to 4-1 as a starter. Oakland’s Derek Carr completed 29 of 46 for 391 yards and a 3-yard touchdown to Hunter Renfrow with seven seconds left. The Raiders went for two points, but Carr’s pass to Renfrow was incomplete and the Broncos (7-9) recovered the ensuing onside kick. 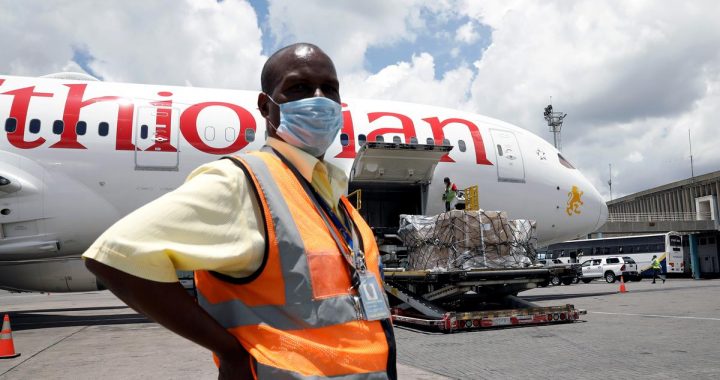 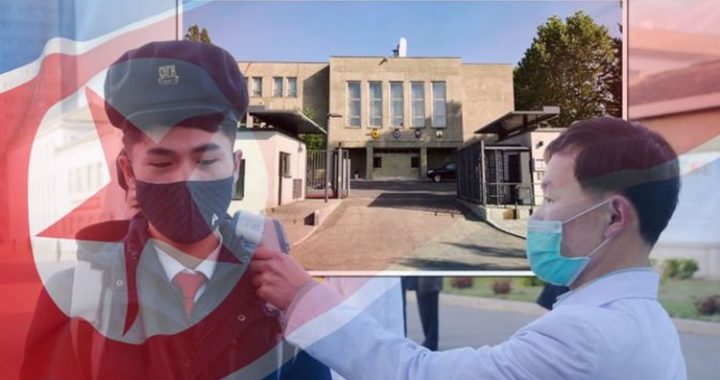 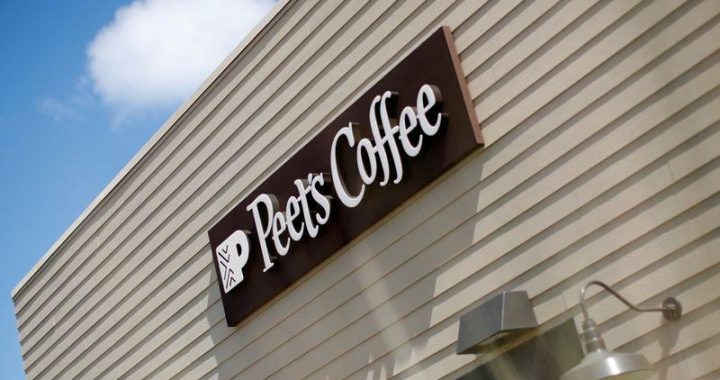 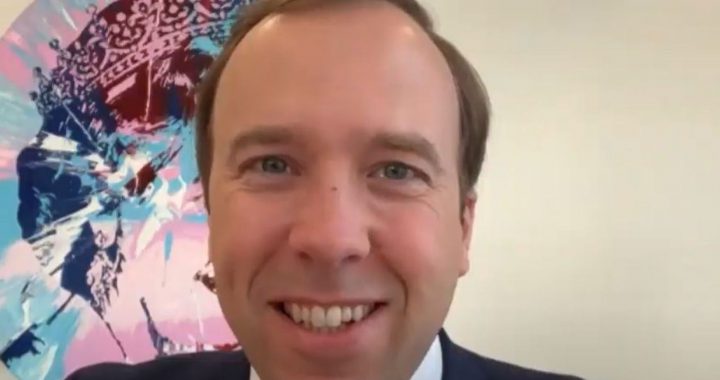 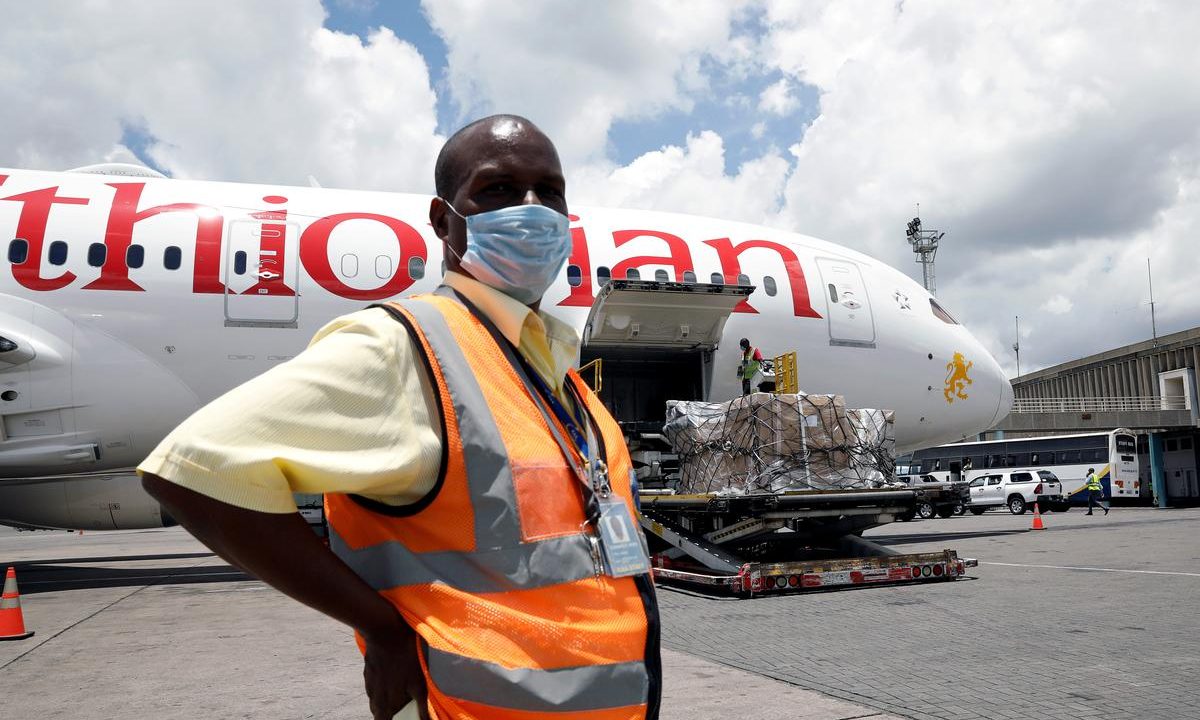 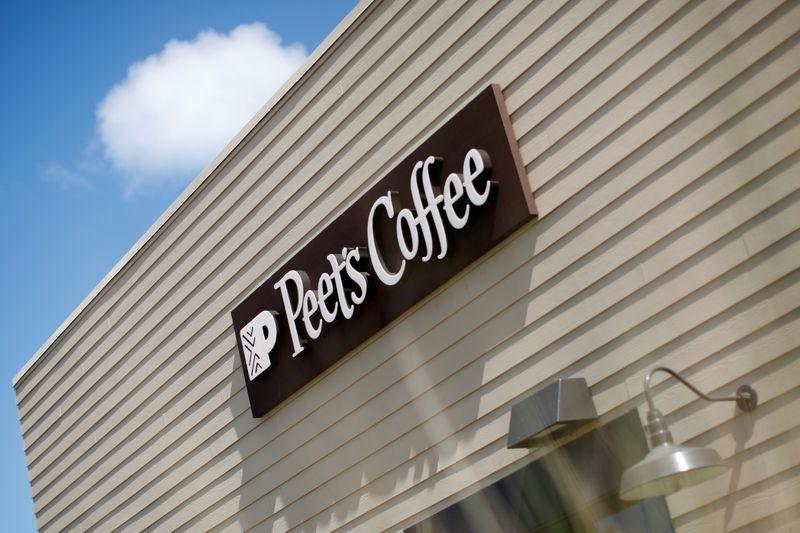 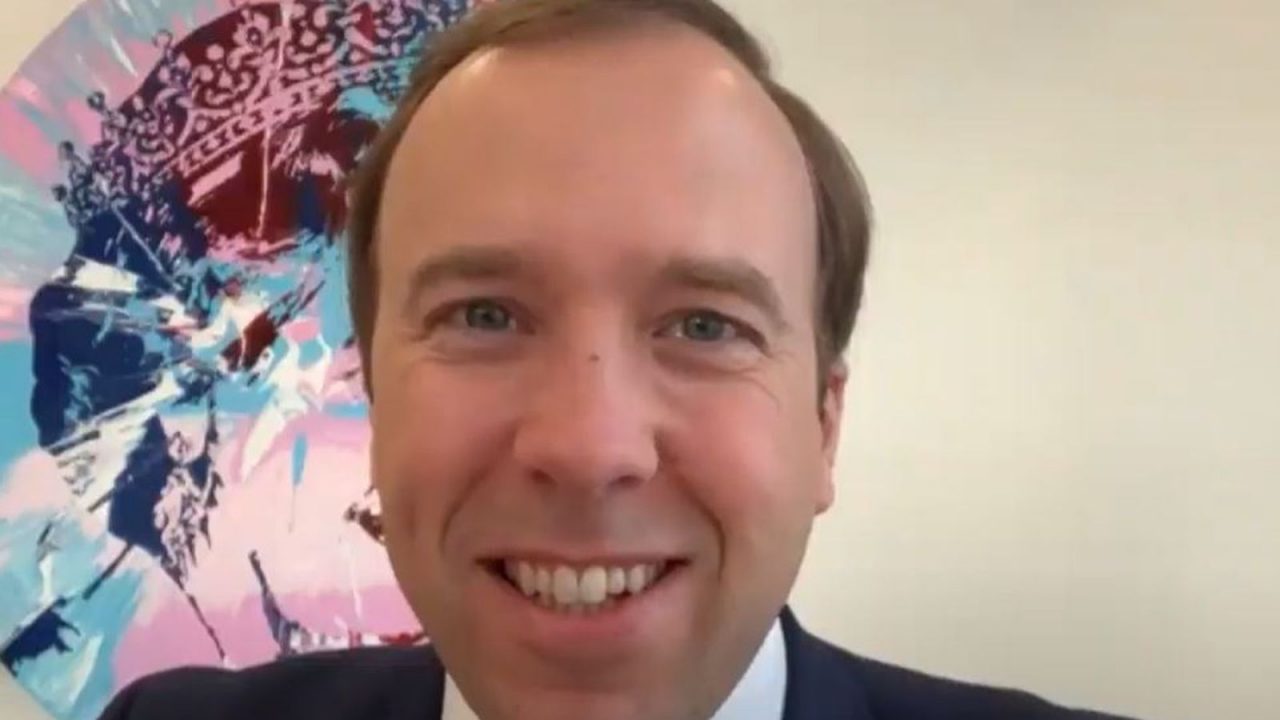 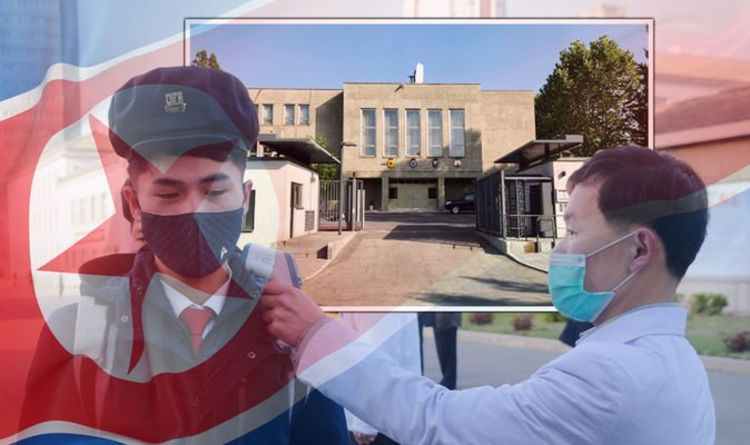